Anjali
No ratings yet
Jump to Recipe Pin Recipe
50 minutes 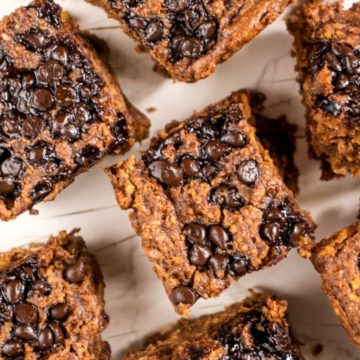 Healthy Chickpea Brownies are my favorite Vegan and Gluten-Free Brownies.

These are gluten-free, Vegan and So Healthy Brownies, but So Good!!!🤤

I have been wanting to make Vegan Brownies for years. However, most of the time, it never got baked to perfection, or they were extra moist and gooey or they just fell off and almost never hold the structure.

So after about 5-6 failed attempts at making Vegan Brownies, I finally had just let it go.

Then I recently made my Vegan Almond Flour Brownies and I loved those. They were Vegan but still got baked to perfection and were absolutely fudgy and decadent.

Chickpea is every Vegans favorite ingredient. And for all the right reasons! It's healthy, filled with protein, and makes for a filling and wholesome meal.

What makes these brownies so fudgy are the Chickpeas. Its just so good. You should definelty give this a try!

All the quantities are mentioned below. Watch the video for a quick visual.

STEP 1: Blend in the food processor 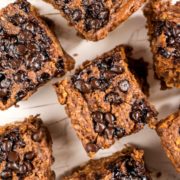