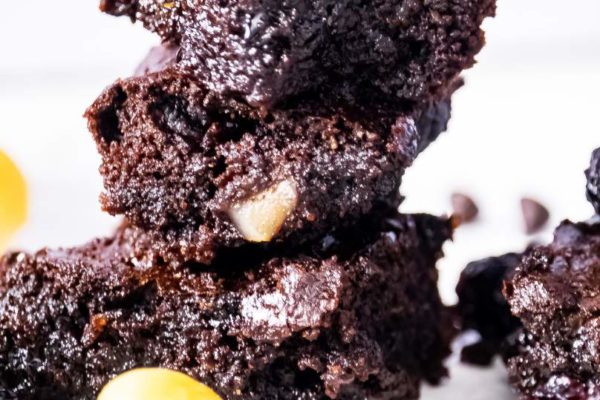 Have you tried my Vegan Zucchini Muffins or White Chocolate Orange Brownies?

These Vegan Almond Flour Brownies are easy to make and are a family favourite. You can be sure that kids will love this. If you're allergic to Macadamia Nuts, then you can obviously skip that.

These Vegan Brownies take just 30 minutes to bake in the oven. I have included lots of tips below to make the best Vegan Brownies.

I just love these Vegan Almond Flour Brownies. Not only are these healthy, grain free and low carb, but these tastes beyond delicious.

The best way to describe these Brownies is extremely nutty brownies. The Almond Flour has such a great nutty taste to it and combines that with Macadamia Nuts and of course loads of Vegan Chocolate Chips! An insanely good combination that is just so good.

I just love baking Brownies. Be it for the holidays or birthdays or small occassions at home, Brownies are a must! We just love it so much! In my blog you will find around 14-15 Brownie Recipes!

It turned out so good. But I had only made a small batch for her, really skeptical that she would hate it! But she loved it and that small batch of brownies were over within a second! 🙂

Since then, I've been wanting to share the recipe of Vegan Brownies with y'all. Its seriosuly the best. Super delicious and obviously kid approved!!!! 🙂

How to make Almond Flour Brownies

Below is a brief description of Vegan Almond Flour Brownie recipe. You can find the full recipe card below. Also, watch the video for a quick visual. 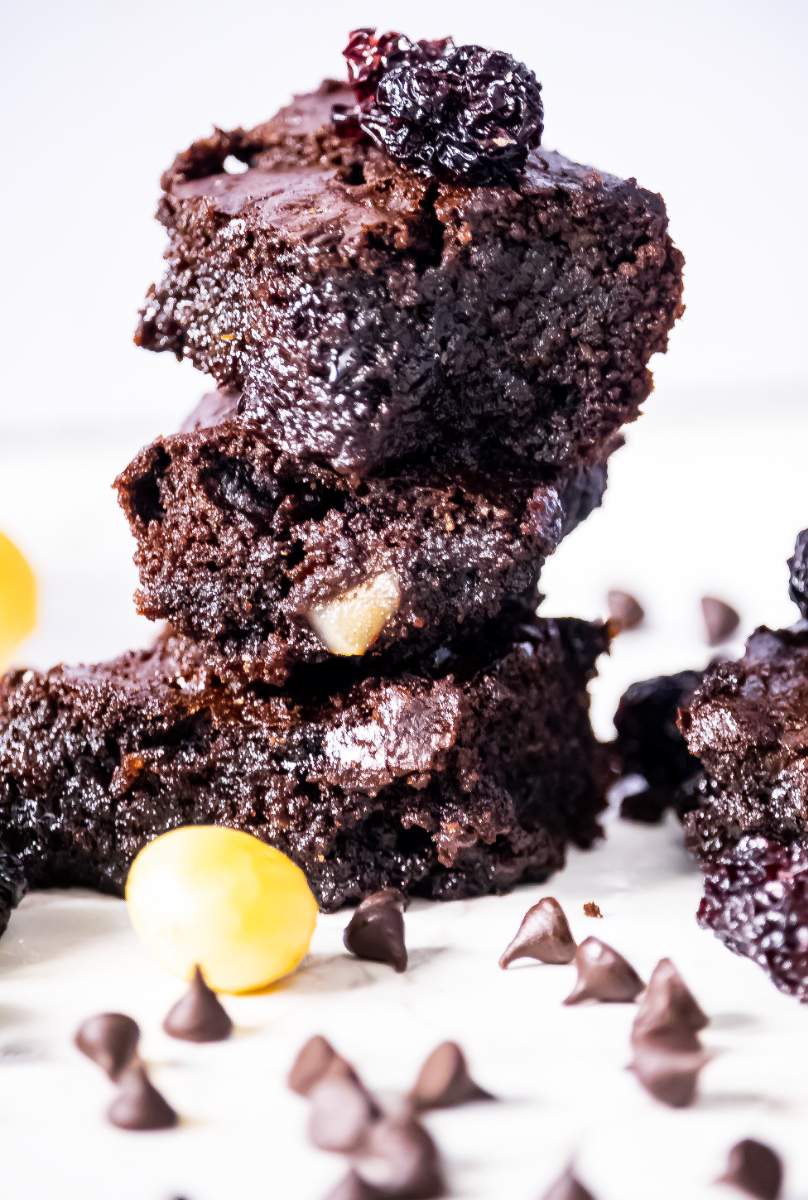