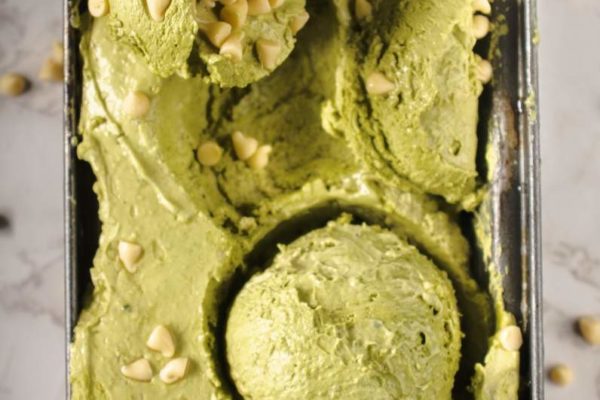 This No-Churn Vegan Matcha Ice Cream is the best Green Tea Ice Cream ever! Also, you will never be able to tell that this is vegan. It's super creamy, fudgy, and tastes so so so good. No kidding! 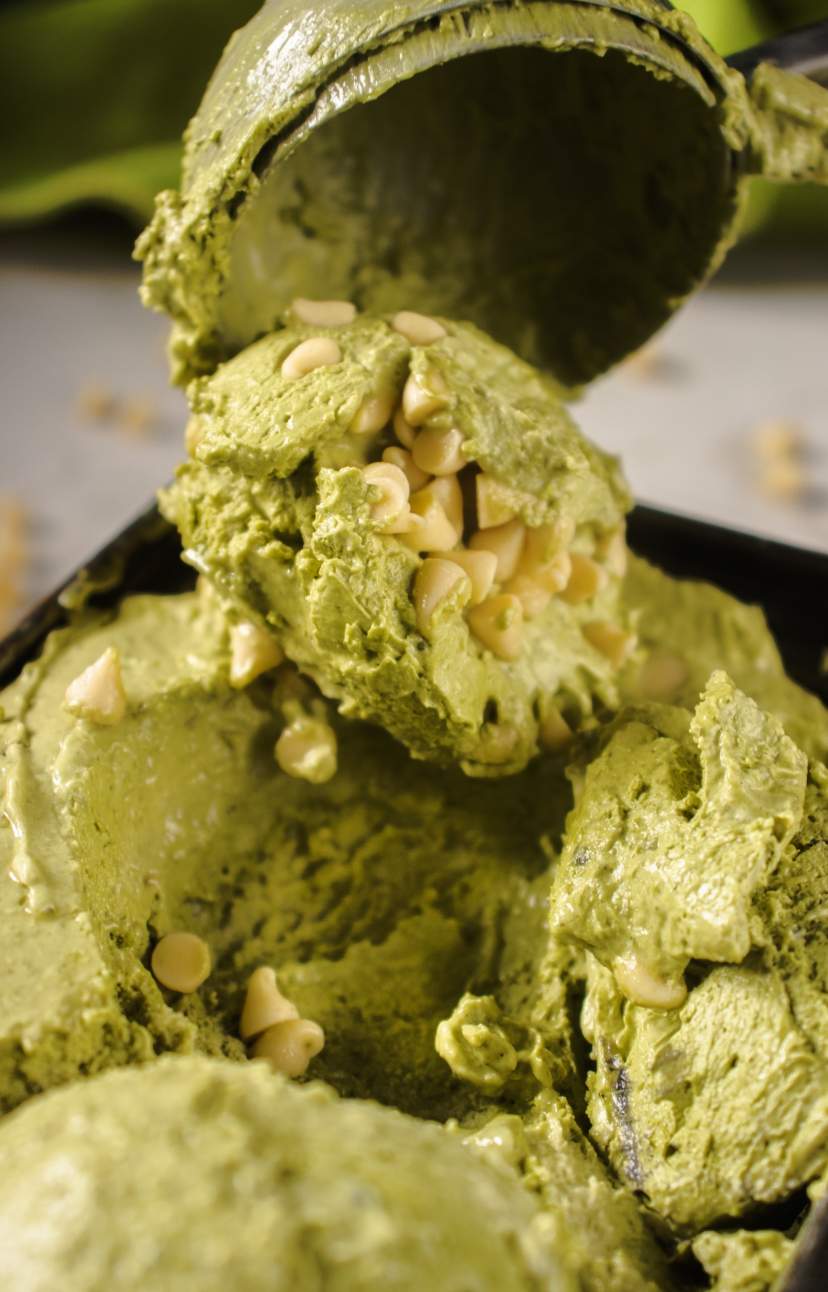 This White Chocolate Matcha Ice Cream is my first Vegan Ice Cream Recipe and I never thought it would turn out this delicious. I consume Matcha on a daily basis because it's just so healthy and a great remedy. However, I never thought that something as good as Matcha can also be made into an Ice Cream.

And that too it would turn out so great!

My husband liked this Matcha Icecream so much. He said he would want to have it every day. And we literally enjoyed this Ice Cream every day for almost a week out of the freezer. 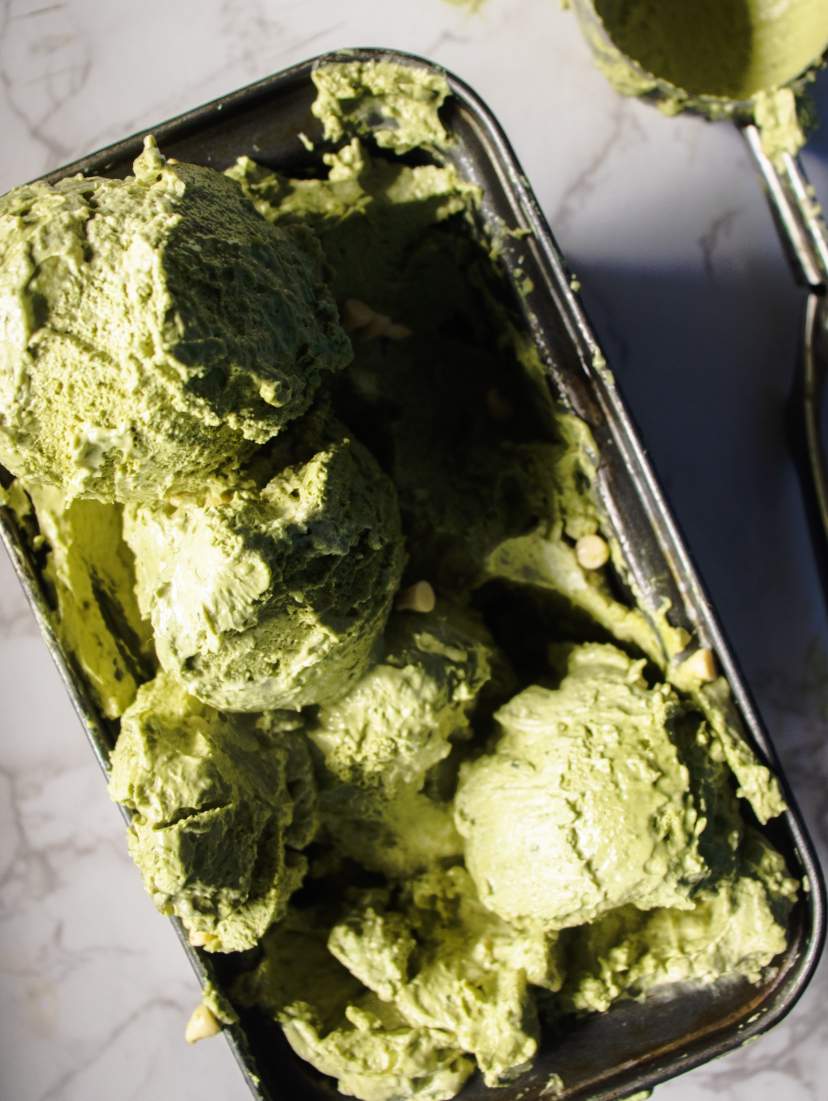 There is nothing more satisfying on a  hot summer night to enjoy some Ice Cream out of the freezer. This No Churn, Dairy-Free Ice Cream is healthy as well as tasty. So good! 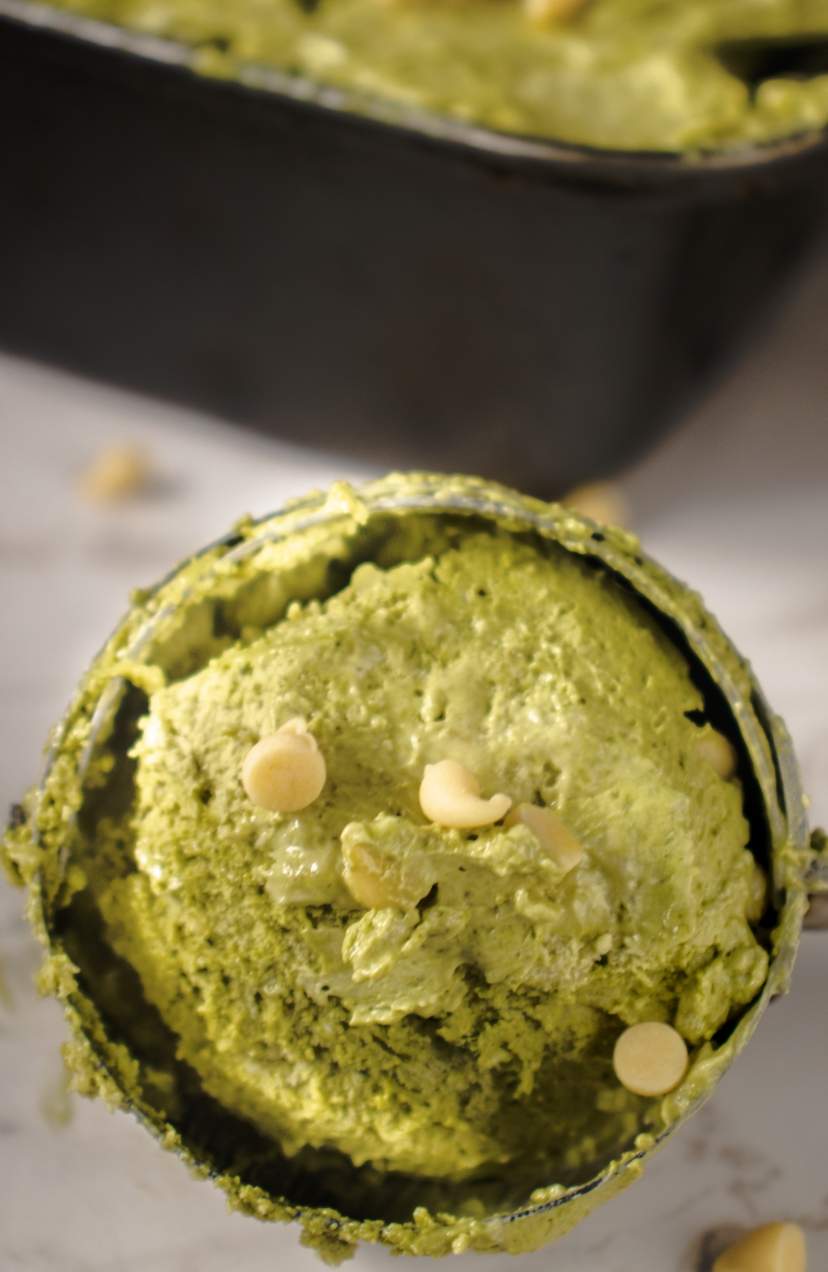 Does Matcha Tastes Good With Chocolate?

Matcha generally has a slightly bitter taste with an undertone of sweetness and umami flavors. And when you combine that with Coconut and White Chocolate it tastes even better.

Matcha Ice Cream is one of the most loved Green Tea Ice Creams today. Flavors that go great with Matcha are Bananas, Ginger, Vanilla, Dates, Chocolate, and Peanut Butter.

Matcha Green Tea Ice Cream is one of the healthiest ice creams ever. Healthy Ice Cream might seem like an oxymoron but this one is so true. It's exactly as it sounds. It's healthy but is still creamy and so good. 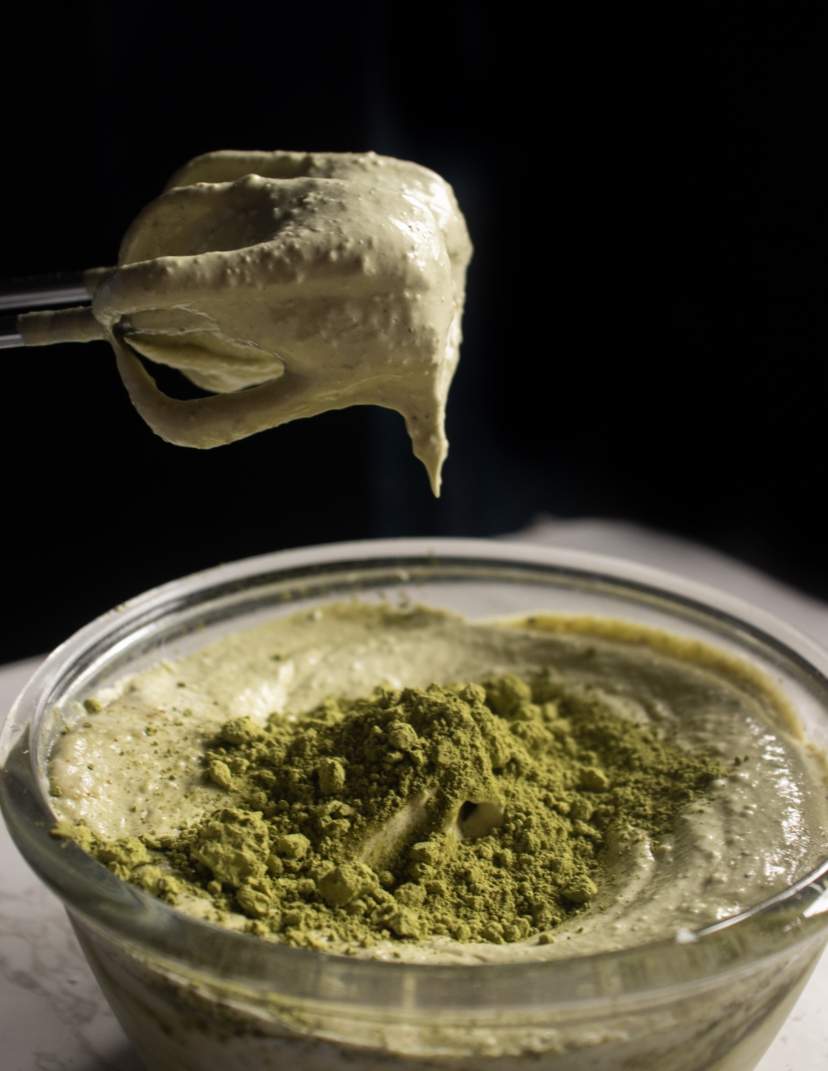 Sometimes, when you are looking for an Ice cream that won't bother your diet plan, then this Matcha Ice Cream is the Ice Cream for you. 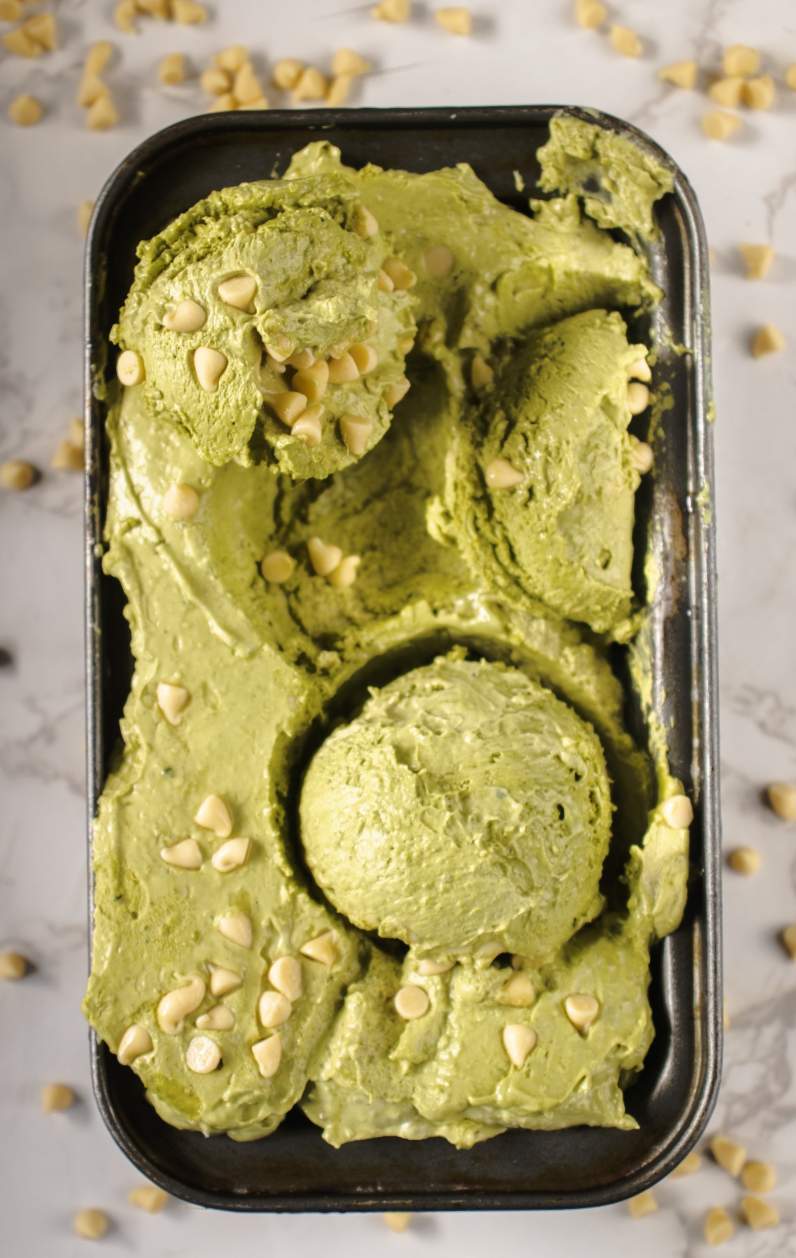 Coconut and Matcha are a match made in heaven. The nutty flavors of Coconut Cream, Shredded Coconut, and Coconut Oil dominate this Matcha Coconut Ice Cream Recipe.

In fact, it's this Coconutty flavor that makes this Matcha Ice Cream taste heavenly! 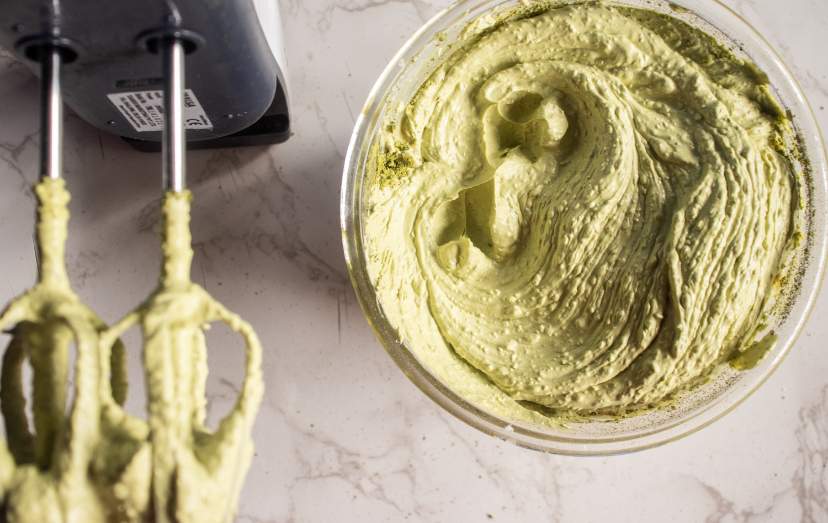 What Does Vegan Ice Cream Consists of? 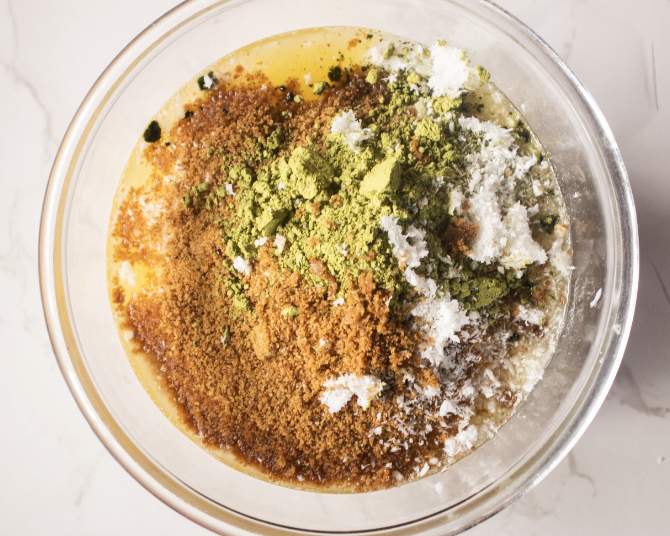 How do you make Vegan Ice Cream from Scratch?

Vegan Ice Cream is made exactly like any other ice cream. Just there is a difference in the use of ingredients. Here you will be using Coconut Cream and Coconut Sugar instead of Heavy Cream and Sweetened Condensed Milk.

You can find the detailed recipe of Vegan Matcha Ice Cream in the recipe card below. 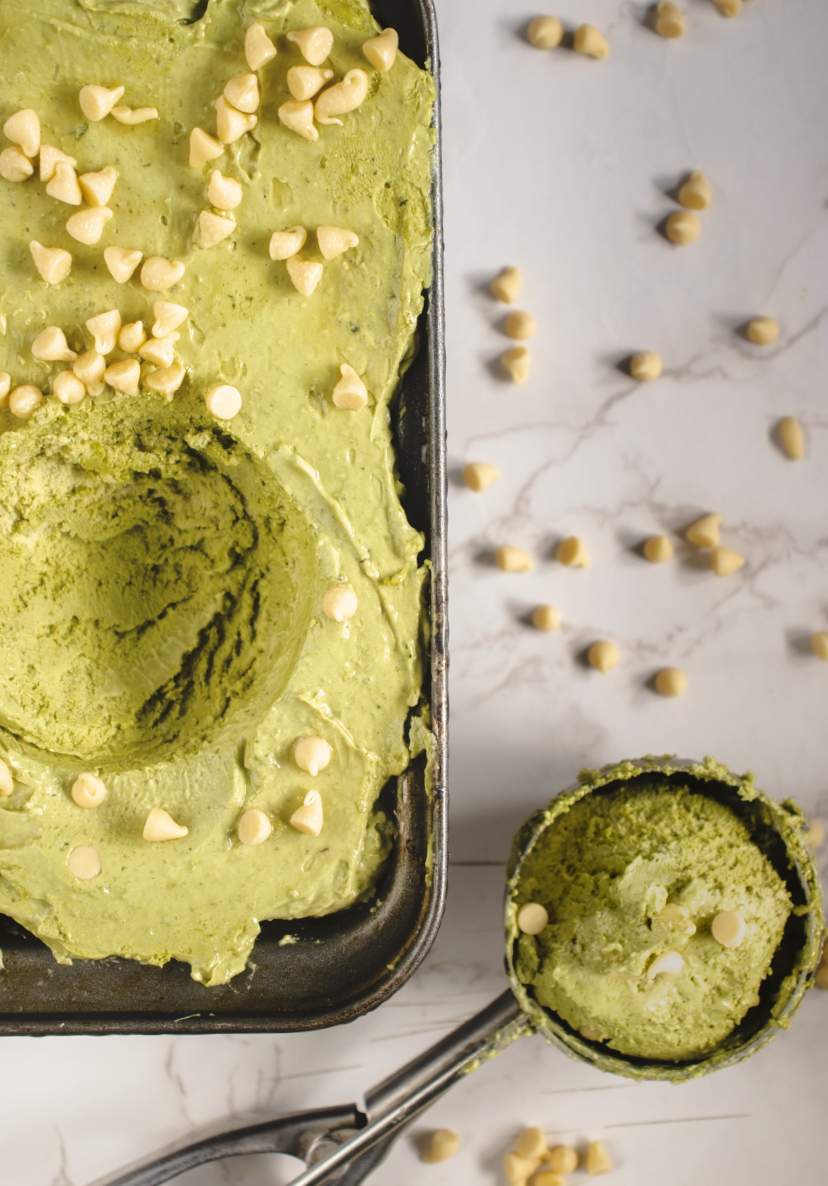 How do I make my Vegan Ice Cream more Creamy?

How to Store Vegan Ice Cream

You can store Vegan ice cream in the freezer. However, make sure that you wrap the ice cream tin with plastic wrap and then again with aluminum foil so that there are no ice crystals that get formed in the ice cream.

Storing your ice cream covered will help it stay creamy even after 1 month of storage. You can store this Vegan Matcha Ice Cream for 1 month in the freezer.

Other Vegan Recipes You will love 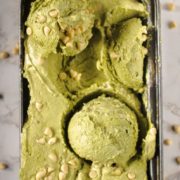