×
You are here: Home / Desserts / Fudgy Oatmeal Brownies (Vegan | GF)
Vegan Oatmeal Brownies are healthy Brownies which are so delicious, fudgy, and chocolaty! These gets ready in no time and are loved by all.
Jump to Recipe Print Recipe 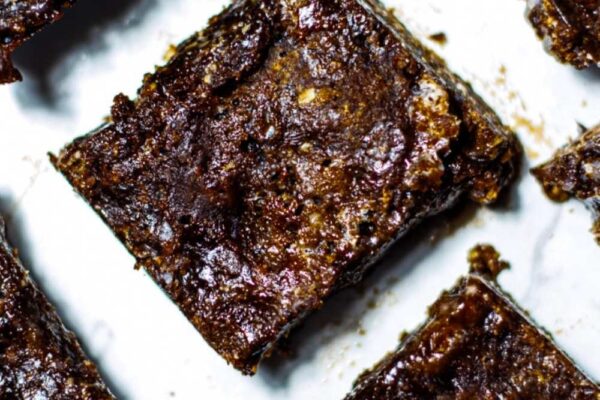 Healthy, Vegan, and Super delicious, Fudgy Oatmeal Brownies are the best Brownies of the season. These are Low Carb brownies which are Chocolaty, Fudgy and Just the Best Desserts Ever. Also these Oats Brownies are extremely easy to make and get ready in no time, so these are perfect for Breakfast or a quick dessert bite after dinner.

Oats Brownies are healthy, naturally gluten-free, and refined sugar-free brownies. Although these are super healthy they taste like actual brownies and are incredibly fudgy, chocolaty, and decadent.

Also, these are incredibly chocolaty because of Chocolate Chips and Cocoa Powder.

Its kind of like a boon! You get the best tasting Brownie, while it being Gluten Free, Vegan and Dairy Free!

So, forget the worries and indulge in these Oatmeal Brownies like no one is watching!

These are the most awesome vegan Brownies ever!

The use of Oat Flour, makes these taste a lot like Breakfast Brownies! Which is a great thing, right!!

Who doesn't love Chocolate for Breakfast! At least I do and my kids too! We love Simple Chocolaty recipes for Breakfast like these

I just love how amazing these Oatmeal Brownies are!

In fact trust me while I was baking these, it was more of an experimentation. I wasn't sure how this is going to taste myself. And trust me, I was blown off by the results myself.

Not only are these the best tasting Vegan Brownies ever, but I love how easy these are to make.

How to make Vegan Brownies (Step by Step Instructions)

Remember that Flash Freezing these Brownies are optional. l recommend you doing this because, it really gets the Brownies hold their shape together.

After the brownies gets baked, allow them to get down to room temp for 10 min and then freeze for 30 minutes.

Freezing for just half and hour, makes them extra fudgy and delicious.

You do not have to freeze them again. These will stay fresh even at room temperature for upto a week.

Also, Flash Freezing the Brownies for just 30 minutes, gets them hold their shape perfectly. Its a trick I use for all my Vegan Desserts to get them set perfectly.

How to Store Vegan Brownies

Store these Vegan Brownies in an air tight container at room temperature for about a week. You can refrigerate these Brownies for upto 2 weeks.

If you're freezing these Vegan Brownies, then cool them down to room temperature and then cut and freeze in a freezer friendly air tight jar.

Besides being healthy, these are also equally delicious, chocolaty and fudgy.

Here are a few tips to make your Oatmeal Brownies the Best Brownies of the season.

I hope you liked this recipe of Vegan Oatmeal Brownies and shall make it. If you happen to make these Brownies, then comment below and rate this recipe. Also, tag me with #recipemagik on Instagram. 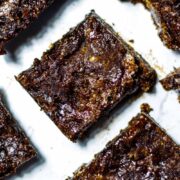