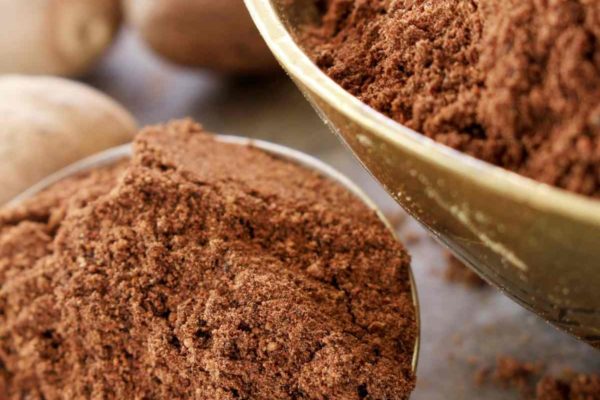 Do you know what's the truest American classic in the culinary world? No, it's not apple pie or hot dogs. It's actually old bay seasoning!

But it's a shame that people limit old bay seasoning to shrimps and crawfish, when it can take any food up to a new level.

Especially if you are using your own homemade old bay seasoning and not from a grocery store!

What is Old Bay Seasoning?

Old bay seasoning is an all purpose seasoning that is primarily used with seafoods like shrimps, crawfish and crabs.

But you can really use old bay seasoning on anything and everything! Although there are several brands out there that sell old bay seasoning, almost all of them have common ingredients like celery salt, black pepper and other spices.

The best way to describe the taste of old bay seasoning would be saying that it's a jack of all trades. It is sweet, spicy, salty and even has notes of mustard flavour in it!

Old Bay has a sharp and Salty taste. Therefore it pairs well with seafood recipes. The primary taste that you get is of "celery salt". Other than that you have a bit of everything. From the sharpness of Mustard to the aroma of mace to the sweetness of cardamom, Old bay tastes so good.

What is the history of Old Bay Seasoning?

Old bay seasoning holds true to its name, in the fact that it is actually quite old in its origins. Dating back to the era of World War II, old bay seasoning was invented by a German Jew immigrant named Gustav Brunn. His story is as fascinating as how this seasoning came to be invented.

Gustav was a escapee from a Nazi Germany, and he fled to America with only his spice grinder in tow. And it was this small and nifty grinder that changed his life. He first joined America's premier spice company, McCormick at Maryland. He was soon fired from his factory job thanks to his immigrant status. But don't feel sad for him just yet, as this was the final push for him to invent old bay seasoning!

He rented his own small space and started to experiment with different spice blends. Finally he settled on the combination of 18 different spices that remained a secret to this day. He started selling it and it was an instant hit among the Americans. So much so that the company which had kicked out McCormick ended up buying the rights for it! Years rolled by old bay seasoning remains an icon of American food and cuisine!

Is Cajun Seasoning the Same as Old Bay?

Old Bay and Cajun have been America's favorite seasonings. Both hail from the south. But, Cajun belongs to Louisiana. Old bay belongs to Maryland.

Both are NOT same. In fact they are quite different. Cajun is a lot a more spicier and hot as compared to the sweet and aromatic notes of Old Bay.

The original recipe for old bay seasoning is a closely guarded secret by its parent company, McCormick. All we know is that there are a total of eighteen ingredients in it. But there have been many tries at making a copycat recipe, and we believe that ours will give the original old bay seasoning a run for its money.

Not only will it taste better and more refined on your palette, but it consists of just sixteen ingredients. That's two less ingredients than the original recipe! The ingredients are also very much affordable for any average person, and can be found at your nearest grocery store. So get your shopping basket ready because we are going to make the iconic old bay seasoning right at your home's kitchen!

Can I make my own celery salt?

While you can always buy celery salt directly from a grocery store, it is a much better idea to make it on your own.

All you need is a bunch of celery seeds. This way you will get to control the flavors as market bought celery salt comes already flavored which can ruin the balance in your old bay seasoning.

What is celery salt made out of?

Celery Salt with made with common table salt, ground celery stalk, and leaves. Use it in the ratio 2:1.

How to make Old Bay Seasoning

Although Gustav Brunn had used a spice grinder to make the original old bay seasoning, you won't be needing to do the same for this recipe. Just having a regular blender or grinder is enough to get the job done. It'll also make the making of old bay seasoning much quicker, hardly taking more than five minutes of your time!

How to store Old Bay Seasoning?

How do I know my Seasoning has gone bad?

While almost all seasonings have a long shelf life, including old bay seasoning, they don't last forever. The first sign that your seasoning has started to go bad would be the loss of fragrance. If your nose can't pick up the scent of your seasoning, that's a warning sign. The next signal to seasoning spoiling is its colour. Old bay seasoning is light brownish in colour. If it starts to go dark in colour, that means it's time to throw the seasoning out.

What do you Use Old Bay Seasoning for ?

If you've been using old bay seasoning only in your seafood recipes, then you have been missing out on so much all this time! There's a good reason why even the professional chefs call old bay seasoning as an "all-purpose" seasoning. You can literally use it anywhere! But to get your started, we'll list out some basic places you can put your old bay seasoning to good use!

Old bay seasoning had always been relegated to only seafood based food, but we hope that perspective has now changed for you. Not only is old bay seasoning easy to make but you can also use it for so many other things! So go and use this American classic the way it deserves to be used! 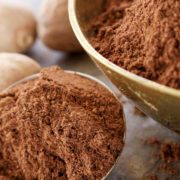