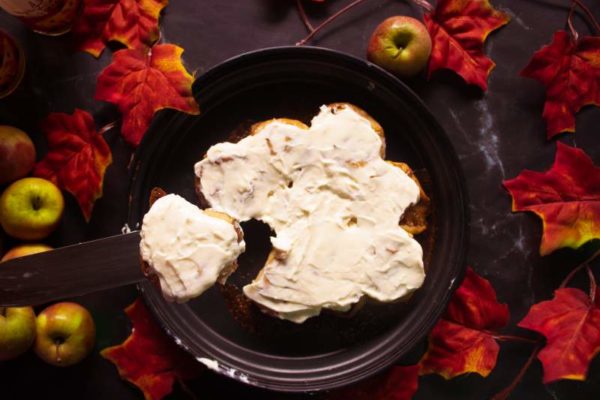 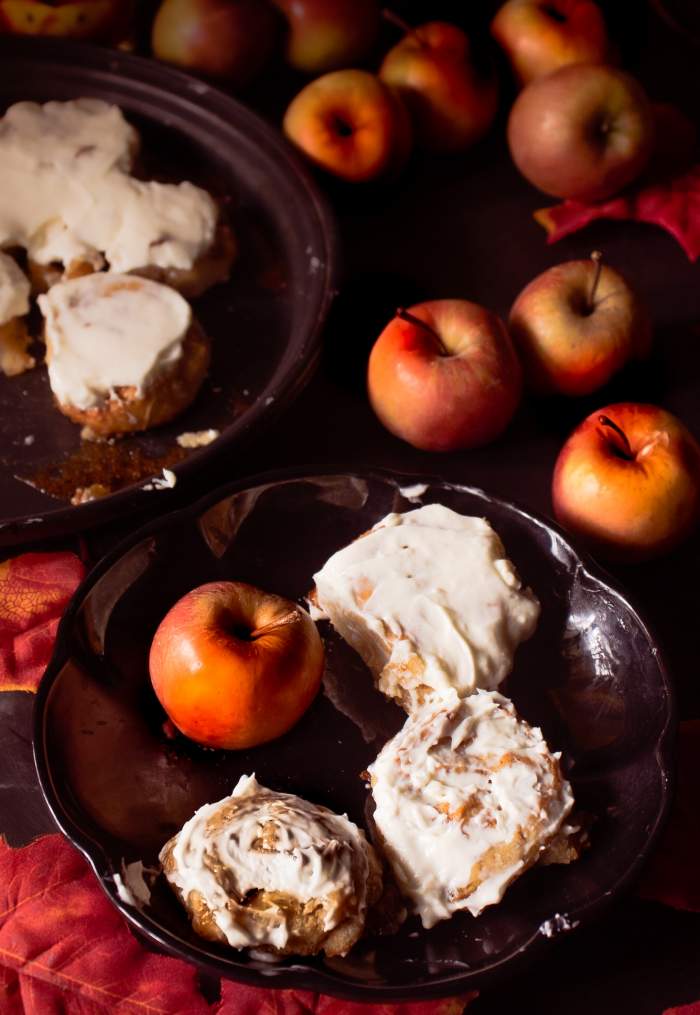 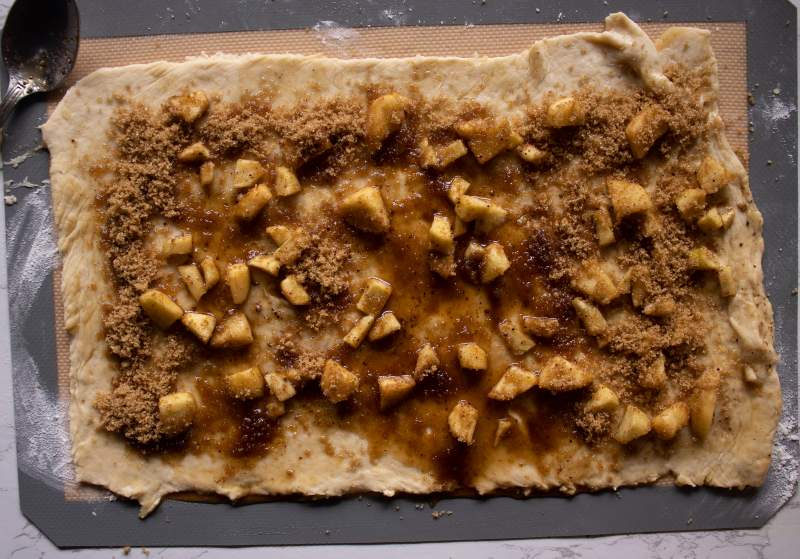 Happy Weekend everyone! This beautiful season calls for some delicious Apple Cider recipes. Yesterday I made my personal favorite Apple Cider Slushie and today its time for something more fun and creative to make with Apple cider! How about these delicious Apple Cider Cinnamon Rolls. These are buttery and sweet on the inside and crusty and creamy on the outside. The Apple cider flavors are distinct in every bite. 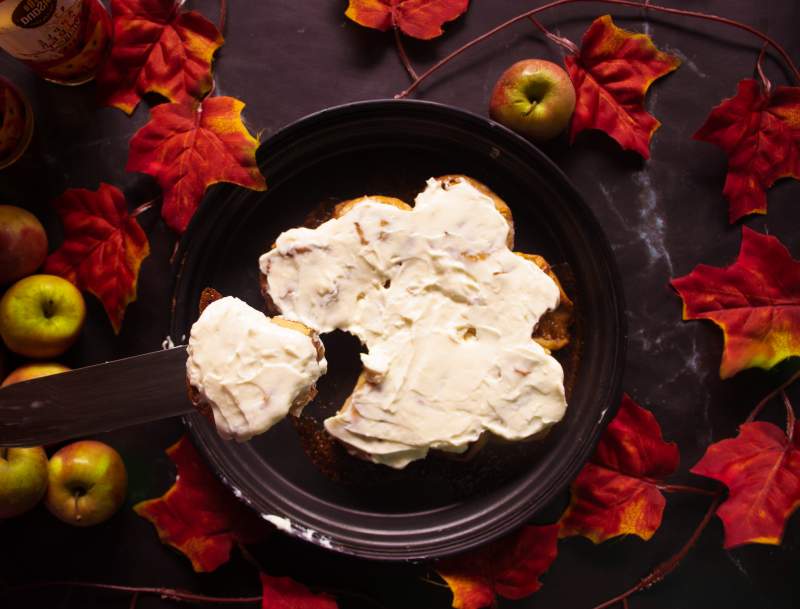 This end of Summer and the beginning of Fall is one of the best times of the year. I know, people complain that changing weather makes them feel ill. Well, if you eat seasonally, you're going to feel much more healthy and positive. The Red Apples are flooding the farmers Market and also in my kitchen! 🙂

My Apple Recipe list is endless. I just love working with Apple. Although I am not an ardent Apple lover, I love a delicious Apple Crumble or an Apple Cupcake with Salted Caramel Frosting, however, there is something so seasonal and fresh about Apple desserts right! In my family, everyone loves Apples. Especially Apple Fritters and Apple Cookies. 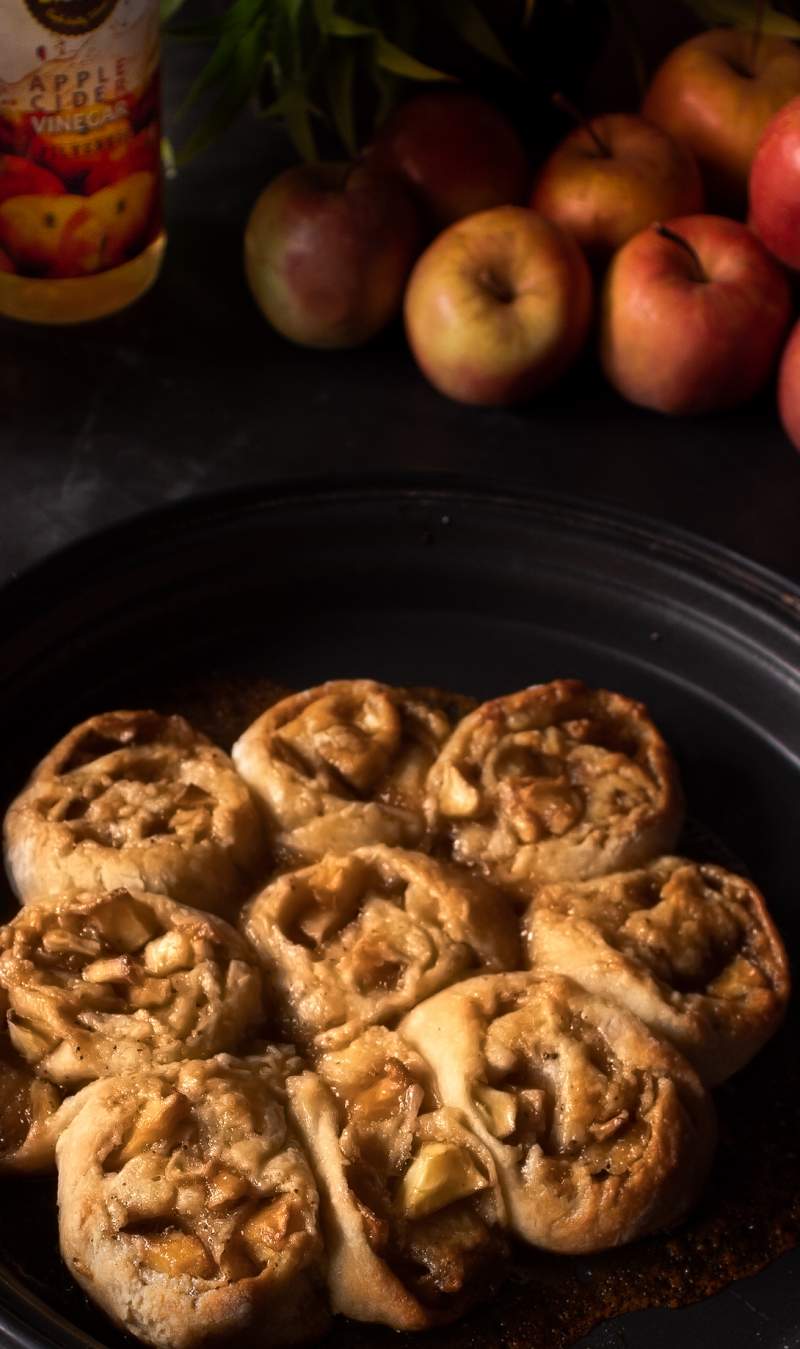 Today to surprise everyone, I made these Apple Cider Cinnamon Rolls and everyone was elated. People loved it. It's so simple and so flavorful.

How to make Apple Cider Cinnamon Rolls without Yeast 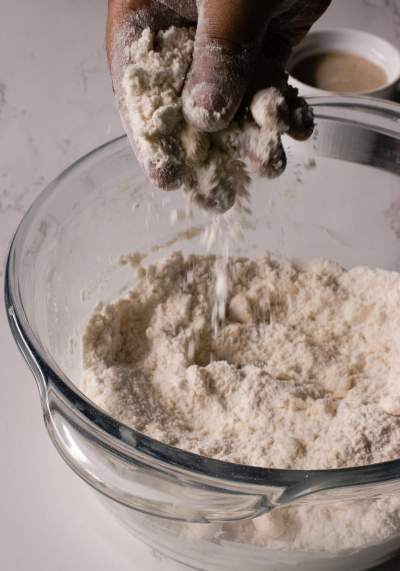 So, to make the Cinnamon Roll with Apple Cider, First, I have made the filling. For the filling, I have just combined chopped Apples with Brown Sugar, Pumpkin pie spice, and ground cinnamon. I mixed it all up and kept it aside.

Then I bloomed my yeast. For that, I placed 1 sachet of Active dry yeast in a cup full of lukewarm water along with 1 teaspoon of Sugar. Sugar helps bloom the Yeast quickly. And within 2-3 minutes my yeast was bloomed.

For the third step, I made the dough. For it, I combined All Purpose Flour with Granulated Sugar, Baking Soda, Baking Powder, and cold butter. I mixed the cold butter with the flour using a pastry blender. You can use two forks our just your hands to combine the butter with flour until it reaches a coarse mealy consistency!

To this, I added my bloomed yeast, vanilla extract, apple cider vinegar, and some milk. I mixed it all until my dough was ready. I never over-knead my dough. Just enough so that it comes together. The Apple Cider vinegar will help activate the yeast better and make your dough rise quickly. It is very important to keep the dough covered and in a warm and humid place. For best results, I preheat my oven to 400F or 200C and then turn off the oven, without letting it cool down. I place my dough in the oven for 1 hour and after 1 hour, it gets perfectly done and doubles up in size. 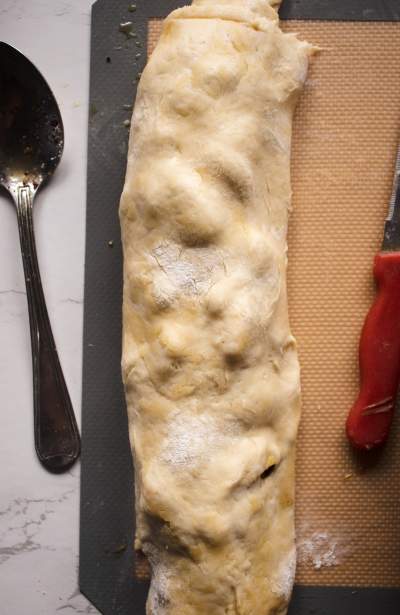 So, after my dough doubled up, I rolled it on a floured surface until about 1/2 inch thickness on all sides. I trimmed off the edges to make the perfect rectangle and then placed my apple filling in the center. I rolled my dough and cut out small buns of it. 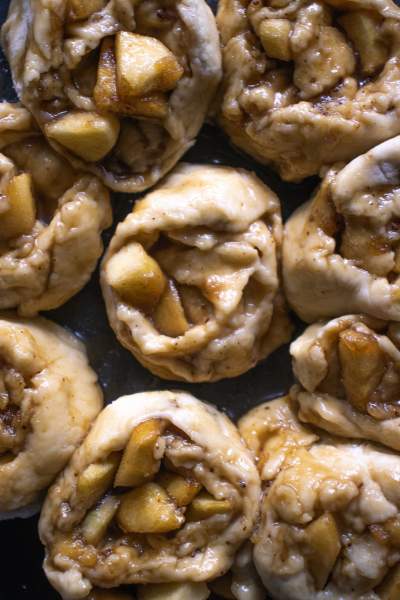 And after 20 minutes, they were beautifully done to perfection.

For the frosting, I combined Cream Cheese with granulated sugar, vanilla extract, and some apple cider vinegar. I mixed it all up using a handheld mixer and frosted it over my Apple Cider Cinnamon Rolls.

So, this is how to make the best Apple Cider Cinnamon Rolls.

If you want to make a gluten-free version, then use your favorite gluten-free flour. I have made this with Almond flour as well and it tastes yum! Apple Cider is anyway very healthy and makes for the perfect dessert ingredient as well.

I hope you liked this recipe. If you happen to make this recipe, then please tag me with #recipemagik on Instagram. Also, rate this post and comment below. I love to hear from you guys! 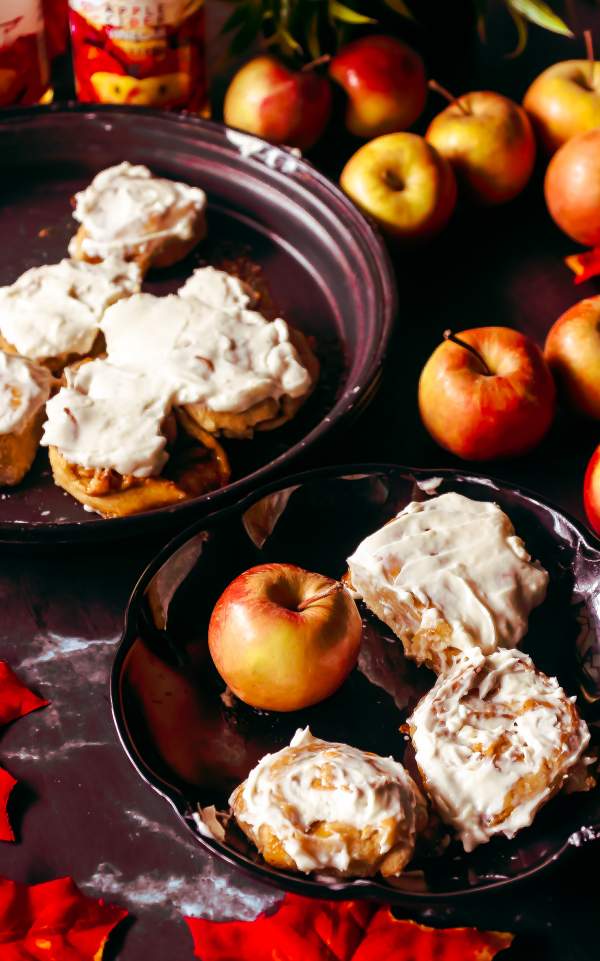 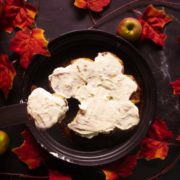