×
You are here: Home / Desserts / Grandma's Classic Apple Crumble
Delicious and Sweet Apple Crumble recipe are made with sweet Red Apple and Cinnamon. These are mixed with some Brown Sugar and prepared in the oven.
Jump to Recipe Print Recipe 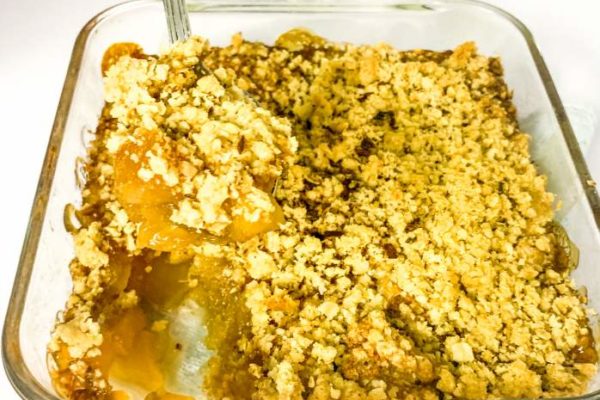 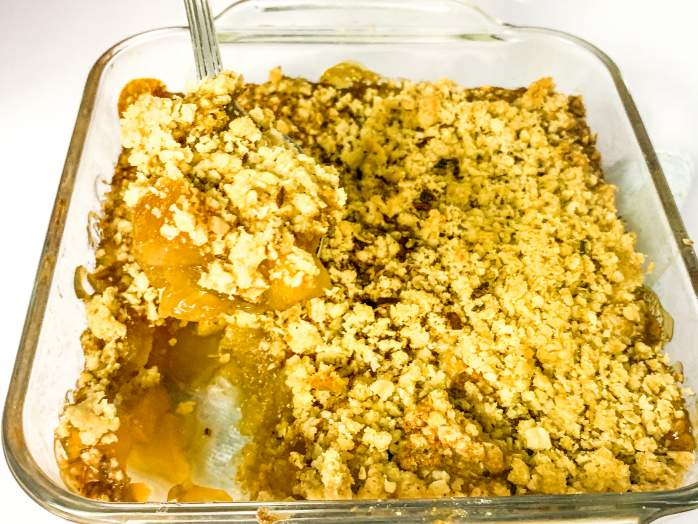 Delicious and Sweet Apple Crumble recipe are made with sweet Red Apple and Cinnamon. These are mixed with some Brown Sugar and prepared in the oven. Talking about apples have you checked out my Classic Old-Fashioned Apple Pie recipe or Apple Cobbler recipe or my Stuffed Baked Apples Recipe yet? These are the most popular Apple desserts on the blog.

Apple Crumble is one of the easiest and yummiest Apple Dessert recipes which you should be baking this Fall. I love the Apple-Cinnamon Combination. This perfect twin is truly made for each other combination. Apple Crumble is so easy to make and is so Cinnamon-y that it's the perfect tribute to this fabulous combination. 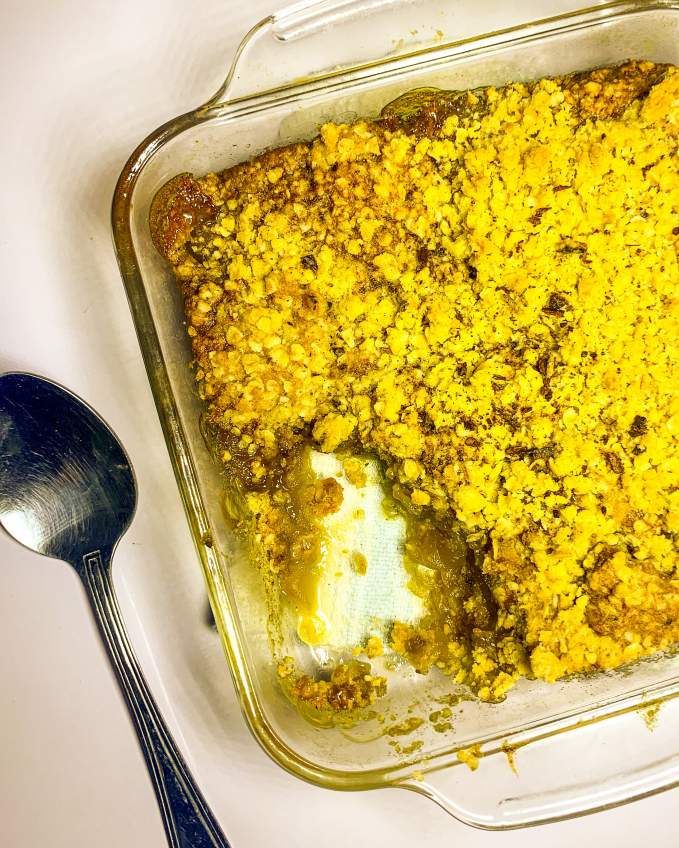 There's nothing like a piece of this delicious Apple Crumble topped with some cold vanilla Ice Cream on a chilly fall evening! Moreover, when you bake this your whole house will start to smell so good! I cannot begin to describe the aromatic wonderland I am in right now. I just baked my Apple Crumble and my entire kitchen smells of Apples and Cinnamon. 🙂 It feels so festive! 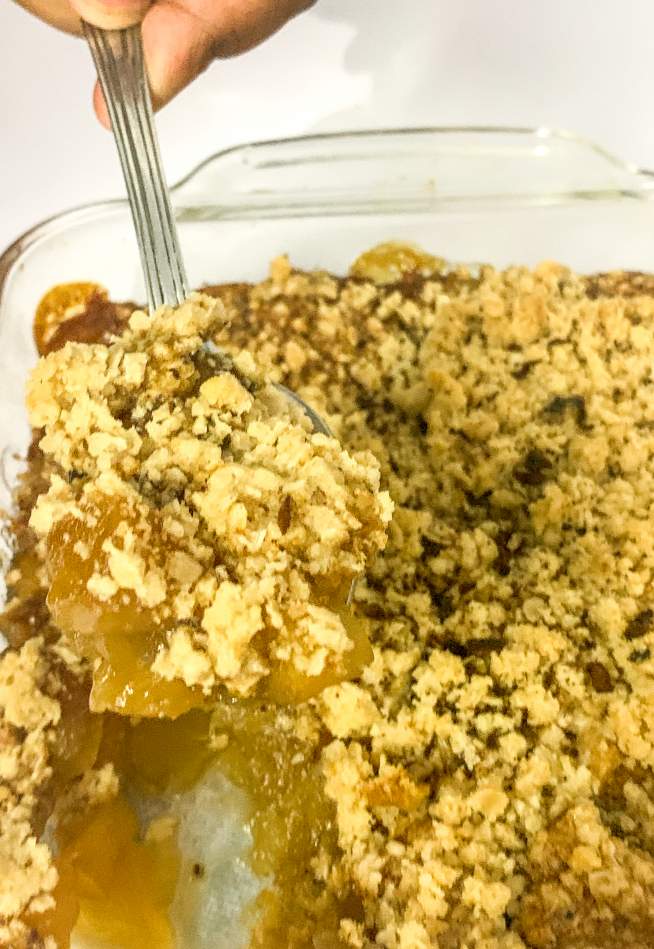 I made this Apple Crumble many times before and I've been wanting to share this recipe with y'all for the longest time. Today I baked this and I loved it so much 🙂

The awesome golden crust on top is to die for you guys. The inner part smells of caramelized apples with a tint of Cinnamon to it. It's just so good. Every bite of it feels like you are in a fall wonderland. 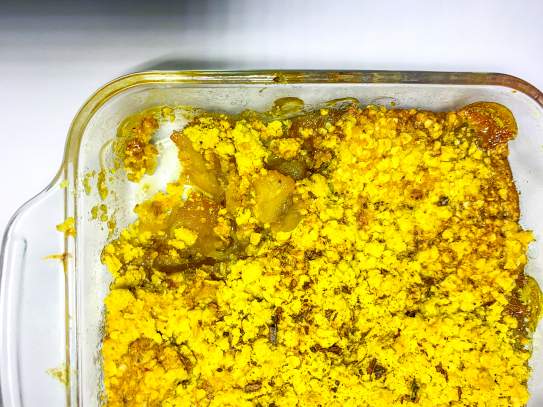 To begin baking this Apple Crumble recipe, let's get the star of the show, our Apples. I have used sweet Red Apples. If you are able to get your hand on these then, it's the best. If not, Green Apples work perfectly fine. 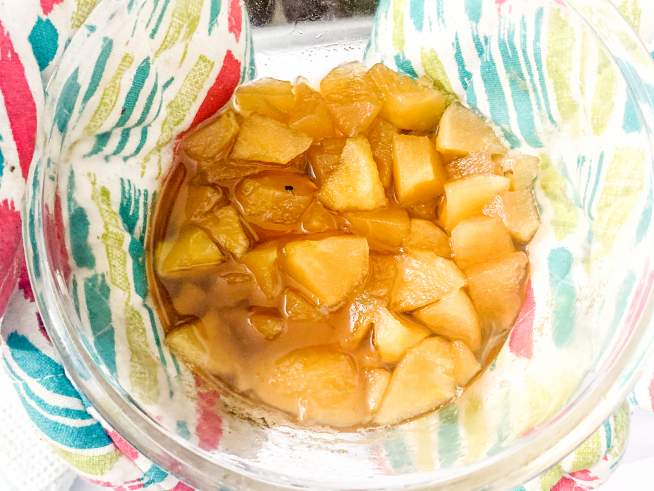 Peel and Chop the Apples. There's really no set rules as to how you should chop your apples. You can cut it in any shape you wish to and cut it however small you wish to. Pour your apples into a bowl and throw in some Brown Sugar in it. Also, throw in a 1/2 inch stick of Cinnamon into it and pop it in the oven for 10 minutes at full power. 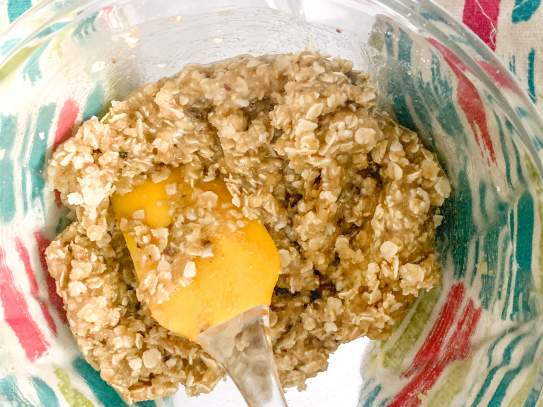 For this, in a mixing bowl, take some rolled Oats, whole wheat flour, ground Cinnamon, Brown Sugar, and Cold Butter. Use a pastry cutter or fork or your hands to rub the butter with the flour so that you get pea-sized crumbs. If you are using melted butter, then you can just pour that with the rest of your ingredients and give it a quick stir. See, it's that easy. You really can make this Apple Crumble any time of the year and shall excel at it.

The final Bit - How does it Taste?

Cinnamony and Crunchy with a beautiful combination of chewiness and softness. The chewiness of the crumb mingles with the softness and the caramelized Apple flavors and melts in your mouth within no time, leaving behind some chewy, Cinnamon-y goodness that makes you want to dig into it all over again.

The aroma is that of Cinnamon, Butter, Apple, and the sweetness of caramelized sugar! Oh, it's so so so good. As you feel it you feel like the Cinnamon has locked you down with its dense flavors.

So, that's how you make Apple Crumble. It's easy and so tasty. If you make this recipe be sure to tag me with #recipemagik on Instagram. I so look forward to your recipes! 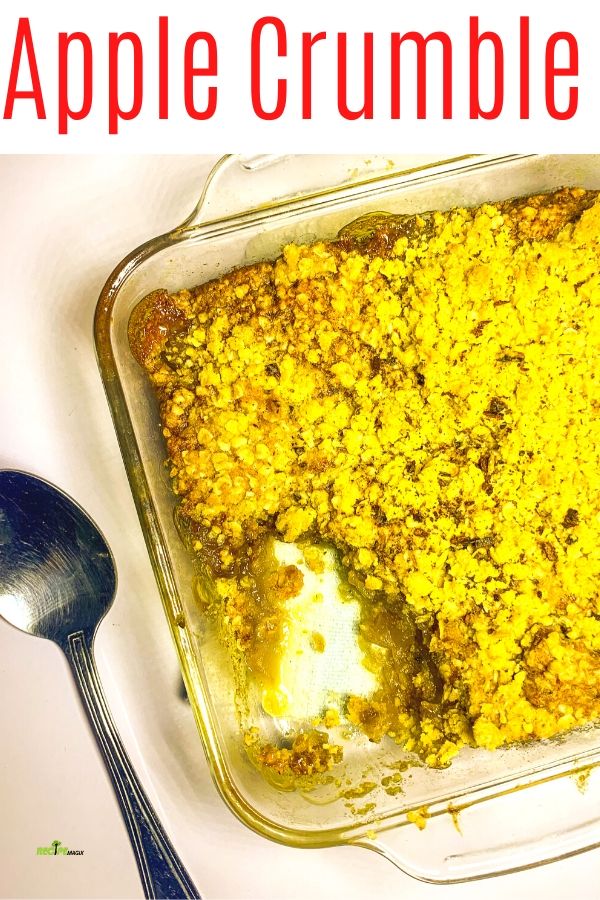 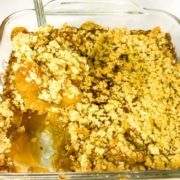 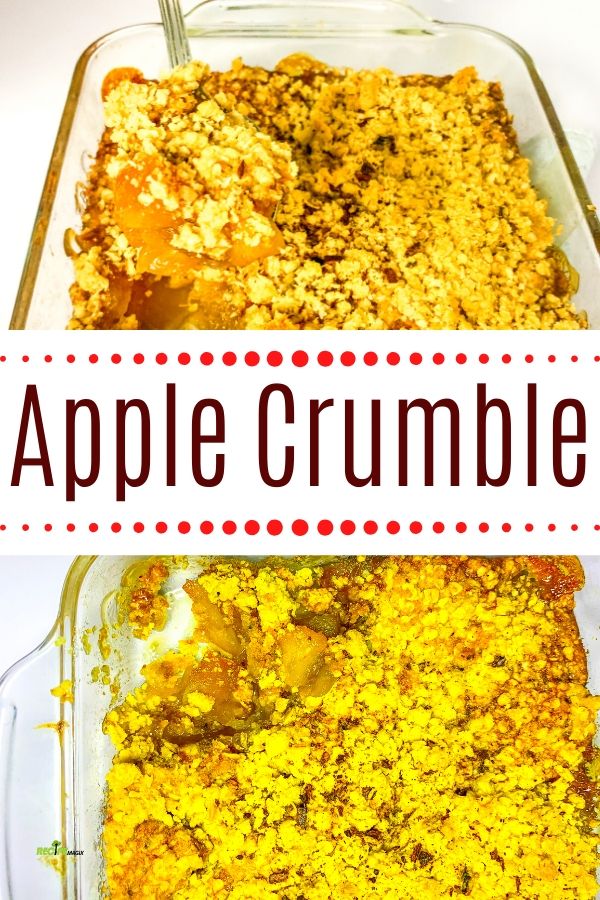