Anjali
No ratings yet
Jump to Recipe Pin Recipe
45 minutes 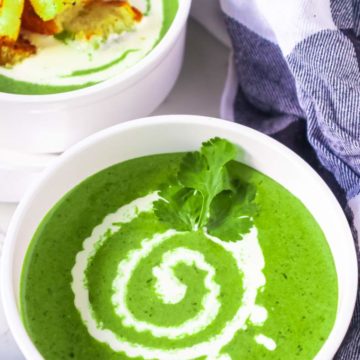 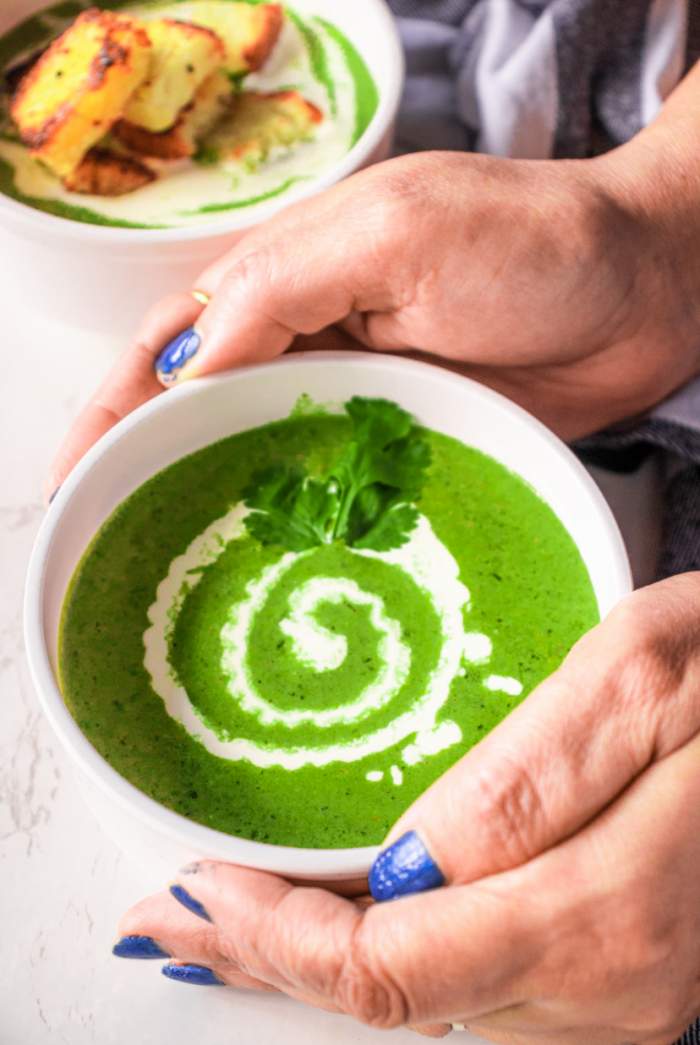 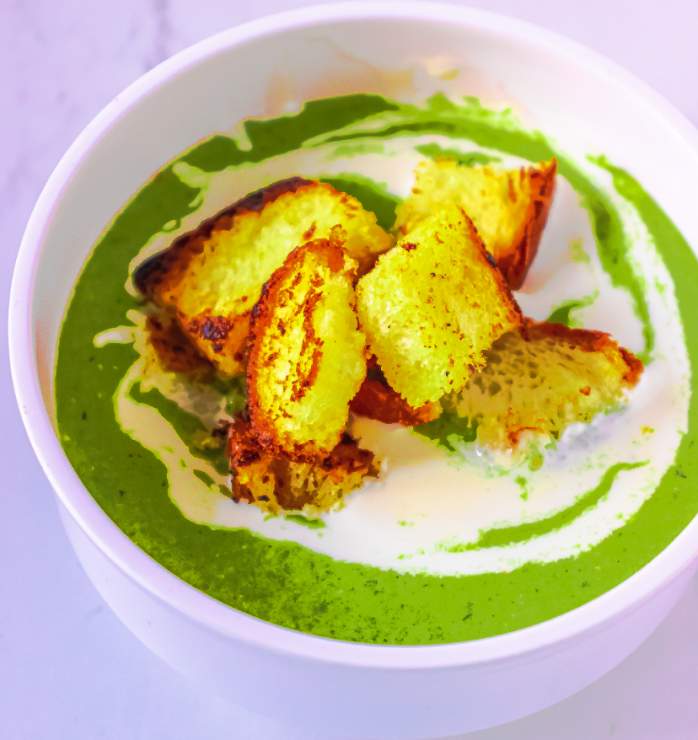 This Spinach Soup is an elegant starter for your dinner party. Or if you are hosting a cocktail party, then this soup is super-good. So velvety and so creamy.

Popularly known as "Green Soup" this creamy and gorgeous soup is really amazing. So, comforting that you will literally want to sit back alone with this hearty and velvety bowl of green soup and enjoy it at peace. 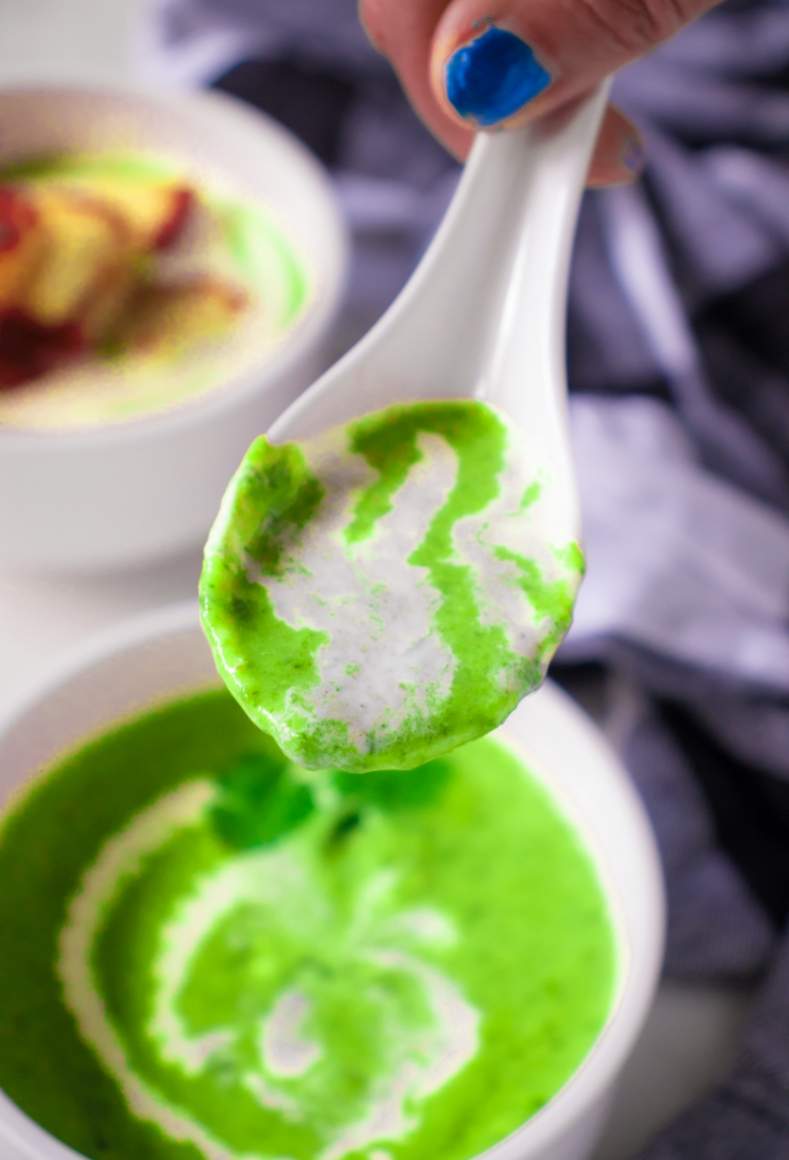 Ingredients You Need to Make this Healthy Spinach Soup? 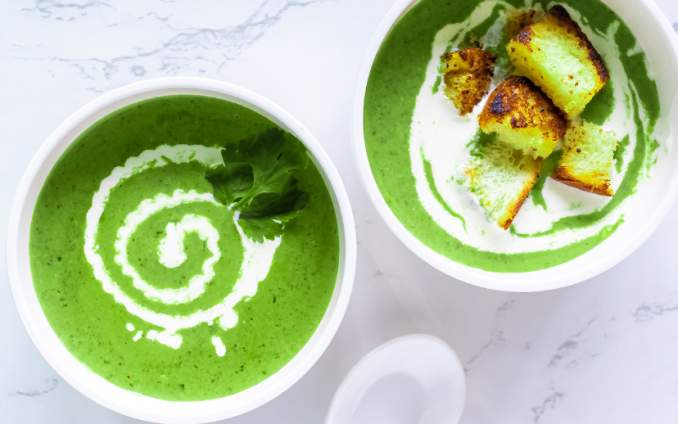 For the Spinach Soup:

For the Garlic Croutons:

How to Make the Best Spinach Soup? 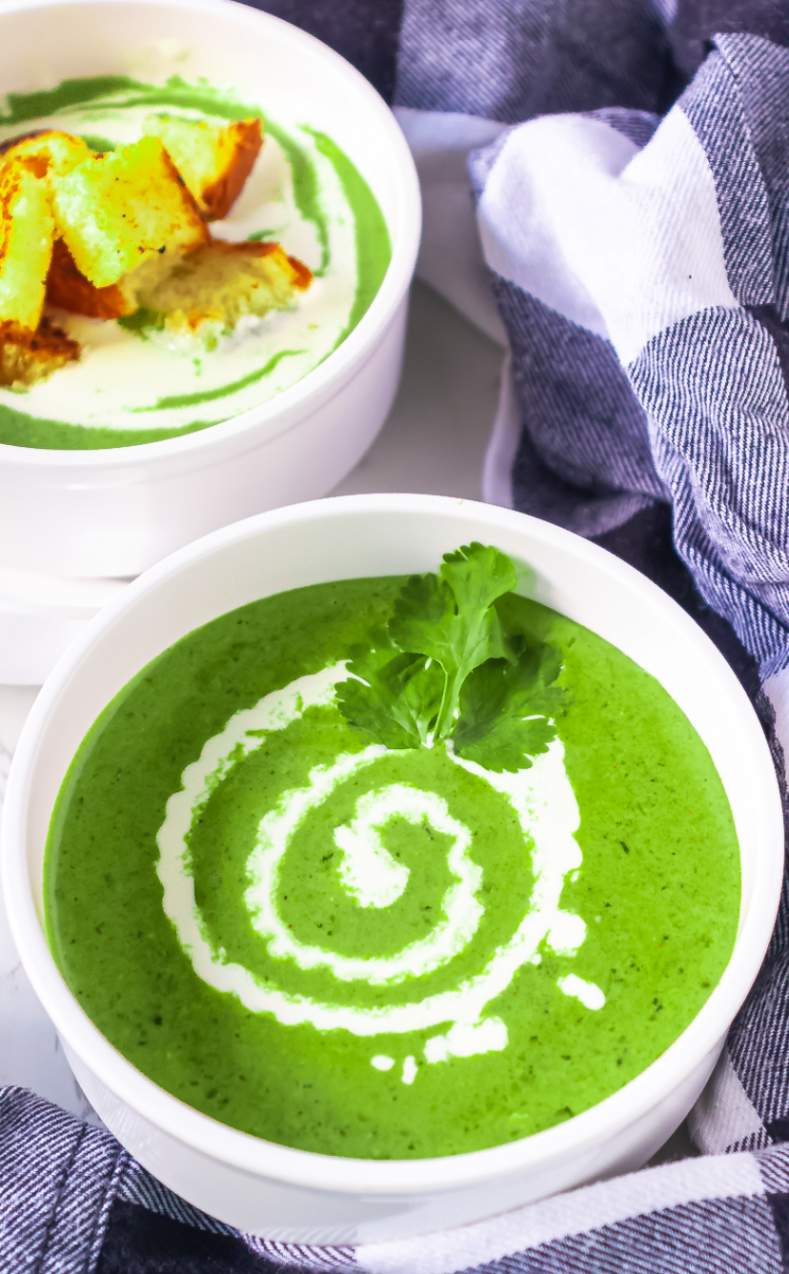 How to Make Croutons? 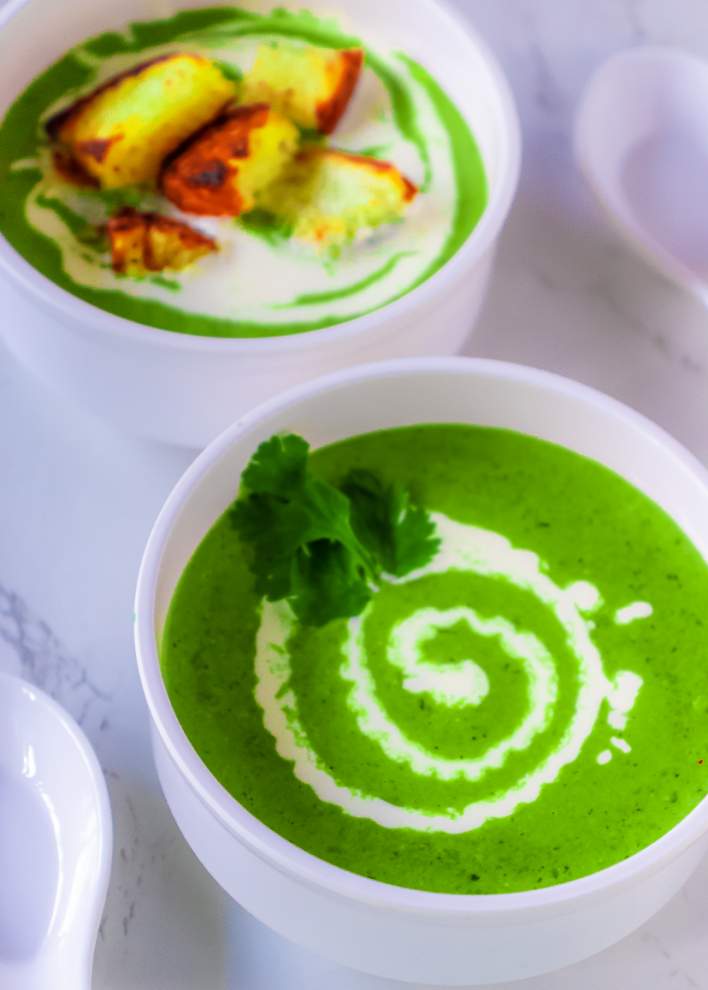 Spinach is a really healthy ingredient. If you are choosing a hearty bowl of spinach soup over spicy fast food, you are keeping yourself first. And, that's what is called - "Self Love".

How to Make Low-Calorie Spinach Soup? 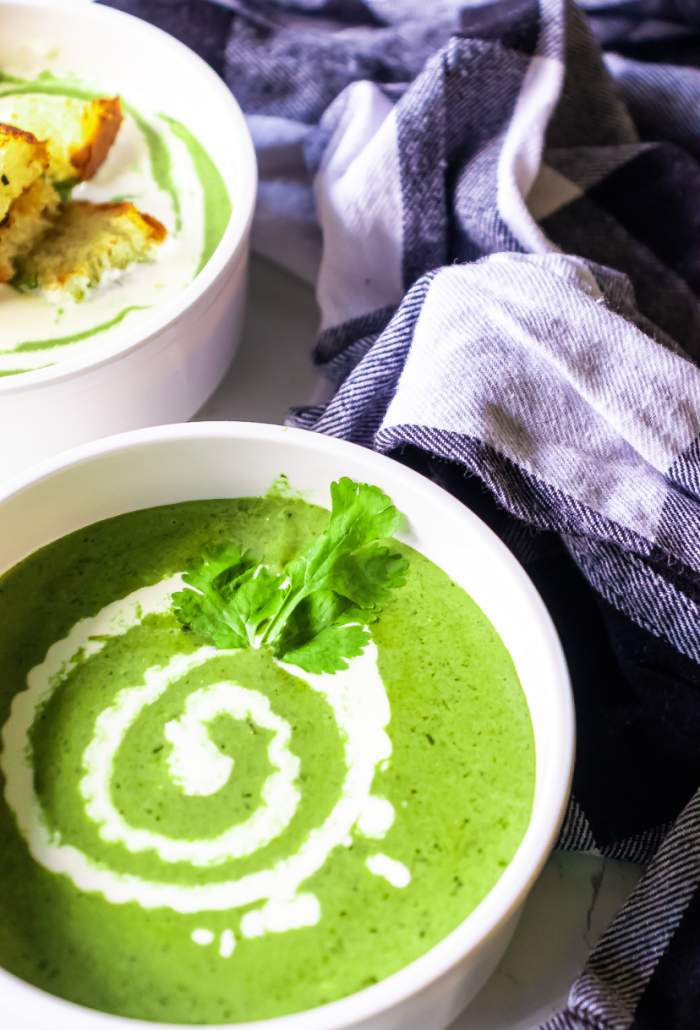 Spinach soup is pretty good for weight loss. But, when you are making a low-calorie version of this soup you can make these changes in the recipe:

How to Make Vegan Spinach Soup?

For all those who are vegan. I don't want you to think that this recipe isn't for you. In fact, this recipe is surely something that you can try. But, make sure you do the following substitutions in the recipe.

Just Like I said above you can mix soy milk along with olive oil to make a vegan cream that is also low in carbs.

If you are making this recipe then please provide a rating for this recipe below. Also share your valuable feedback and comments below. If you can take a pic of your soup and tag me on Instagram with #recipemagik it would be awesome! 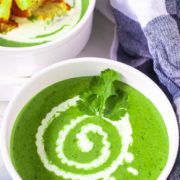 This recipe is inspired by Delish