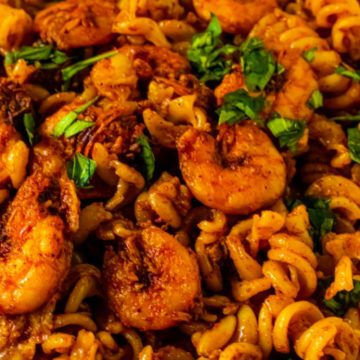 Easiest Cajun Shrimp Pasta is the best ever Pasta dinner recipe, made with crispy shrimp tossed in Cajun seasoning and served over a bed of creamy Pasta with loads of Parmesan and chopped basil. This Cajun Shrimp Pasta feels like a bowl of summer comfort food that gets prepared in just 15 minutes. 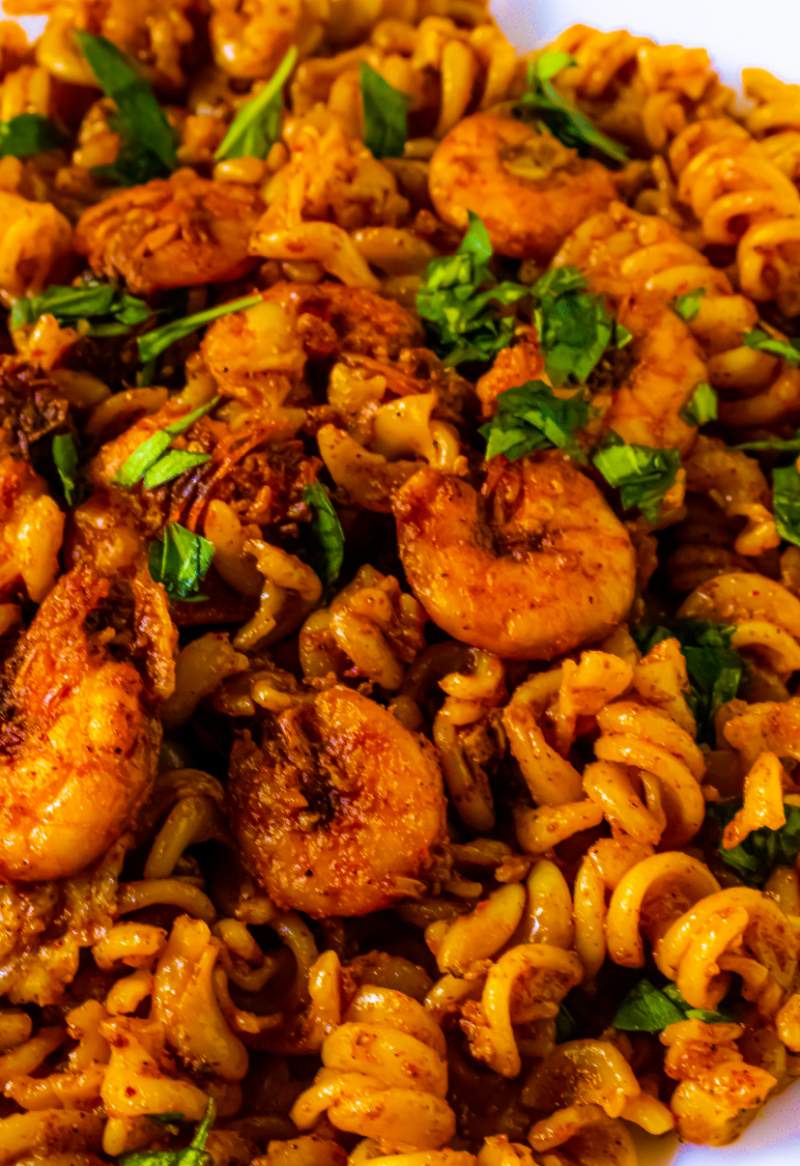 Hey guys! This end of summer and beginning of Fall is one of my favorite times of the year. It's not too hot and neither is it too cold. Just the perfect weather that keeps me going all day long!

Today I happened to get some fresh Shrimp in the store and instantly I thought about making this Cajun spiced Shrimp along with some Pasta. I love a Shrimp Pasta recipe and this one is my absolute favorite.

Ingredients I have used to make this Cajun Shrimp Pasta

So, as you know, this Cajun Spiced Shrimp Pasta comes together in just 10 minutes. Here are the ingredients which I have used for the same.

0.5 pound Shrimp - Deveined and Cleaned: I have used just half a Pound of Shrimp for this recipe because I was making it just for 3 of us. If you want you can use it more.

8 Oz of Fusili Pasta - So, there is no rule as to using Fusili Pasta. I used this because this is what I had at the moment. You can use any Pasta you have at home.

Besides this, I have used Heavy cream and Parmesan Cheese for the sauce, which I have cooked with Butter and seasoned with some Salt, Pepper, and Olive Oil. 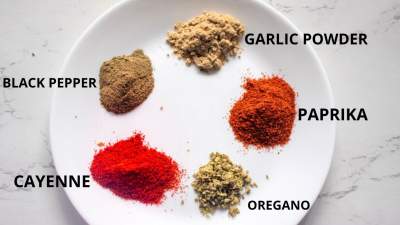 These are the basic five ingredients that are needed to make Cajun seasoning at home. Besides this, some people also use Onion Powder as well.

Let's Talk About the Taste

In fact, my younger one said that it's because of the heavy cream and the parmesan, it makes it feel so creamy and comforting with the Pasta, that you forget about the spiciness!

This Pasta is indeed an easy and quick dinner recipe, which the whole family will love to enjoy all together.

First - The first step is to cook the Pasta. I have used Fusili Pasta, use can use Penne or Rigatoni or Angel Hair Pasta. Cook the pasta until al dente in a pot of boiling water. Add a pinch of Kosher salt, so that the Pasta cooks quickly. Once cooked, drain the water and keep the Pasta aside. You can store about 1 cup of the water and use it later. 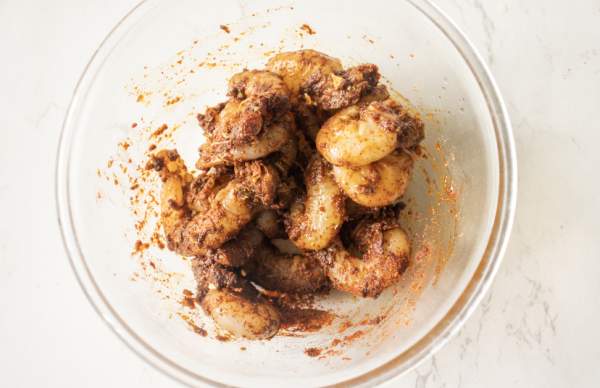 Second - The second step is to season and then fry the shrimp. For that season the Shrimp with Olive Oil and Cajun Seasoning. Now heat some butter in a Pan, add the Shrimp and cook them until they turn golden brown on both sides. Pick them up on a separate plate when they are done. 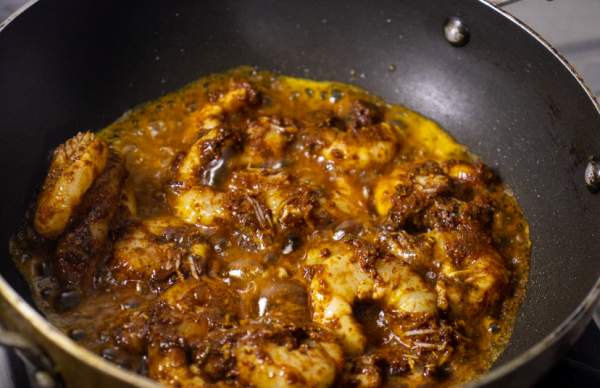 Third - The Third and Final Step of the Recipe is to make the sauce. In the same Pan, add 1 cup of Heavy cream along with freshly grated Parmesan Cheese. 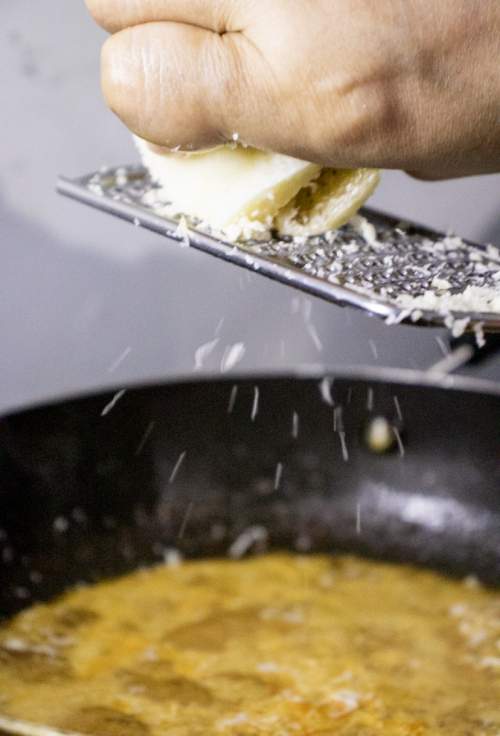 Scrape the sides and bottom of the pan so as to pick up any food which is stuck to the bottom and sides of the Pan. Once it comes to a boil, add the Pasta and the Shrimp. Mix well and serve! 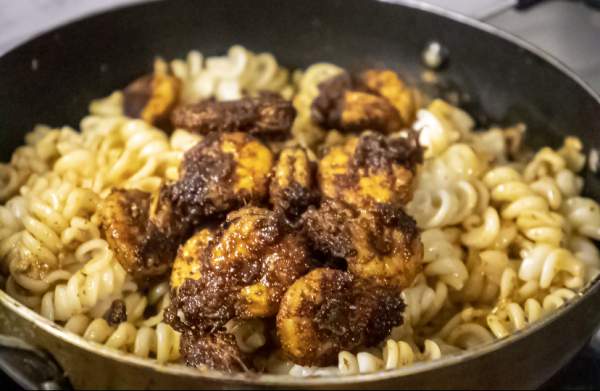 Garnish with some freshly chopped Basil Leaves and enjoy! 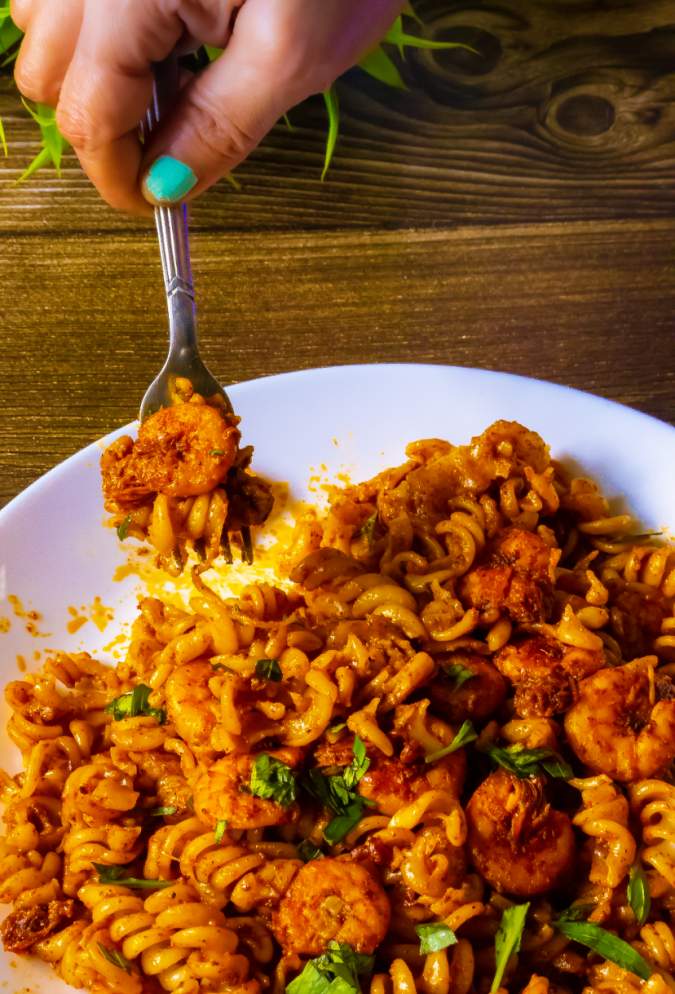 Do I add more Cajun seasoning in the sauce?

Well, no. Cajun seasoning is only supposed to be used when you are seasoning the Shrimp. The sauce will get naturally flavored with the leftover spices in the Pan and also, the Shrimps will add to the flavors.

A lot of Cajun seasoning might make your Pasta too spicy or too salty.

Can I use the store Bought Cajun seasoning?

Well, sure! However, just make sure to use half the mentioned amount. The store Bought Cajun seasoning has added salt and when you add that to your Pasta, it will make your food too salty. So, all you need to do is to adjust the salt as per your taste.

How to rectify an excessive salty Pasta

Many people say that cajun recipes tend to be high on sodium and result in extremely salty food. Well, it's only because, you've been using more of it, than the mentioned amount.

As per my recipe, I have used 11/2 tablespoon of homemade cajun seasoning. If you were to use a store-bought one, you should use just 1 tablespoon of it and that would be enough. Also, the final seasoning with salt won't be needed.

If your Cajun Shrimp Pasta, turns out to be too salty, squeeze some Lemon juice and mix well. Lemon juice will mellow down the sodium level and make your food taste less salty.

To make it low carb, replace Pasta with Spaghetti squash noodles or Zoodles. You can use a Spiralizer to cut spirals of Spaghetti squash or Zucchini. Then you can drain the water from the noodles using a Paper Towel and then you can saute it with butter and use it with shrimp.

Heavy Cream - Replace the Heavy Cream with Olive Oil, Soy Milk, and some Flour. Toast the flour over olive oil and then add the soy milk, once it gets creamy, add the spiralized veggies and the cajun spiced Shrimps in it and toss well. 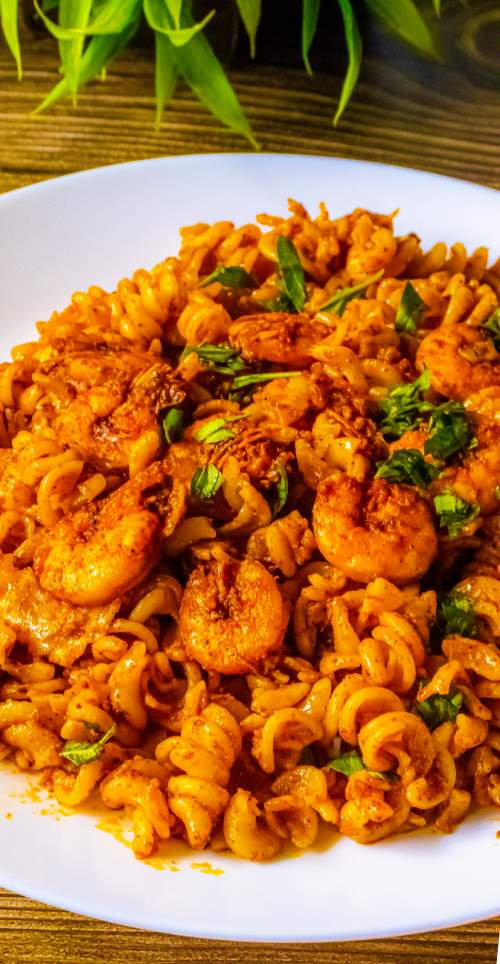 So, this was all about this Cajun Shrimp Pasta recipe. I hope you liked this recipe. If you happen to make this recipe, then comment below and rate this recipe. Also, tag me on Instagram with #recipemagik. 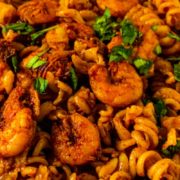 To make Cajun Seasoning at home combine the following ingredients - Combine all of this to make the cajun seasoning. You do not need to use all of this for this recipe. For this recipe, you will need only 11/2 tsp. Rest you can store in an airtight container and store on the counter for 1 month. This recipe makes for 3 people. If you are making for more, you can use more of this seasoning.  If the Pasta turns out to be too spicy and salty, consider adding some lemon juice while you garnish. This will make it taste a lot less spicy and also reduce the saltiness of the dish.