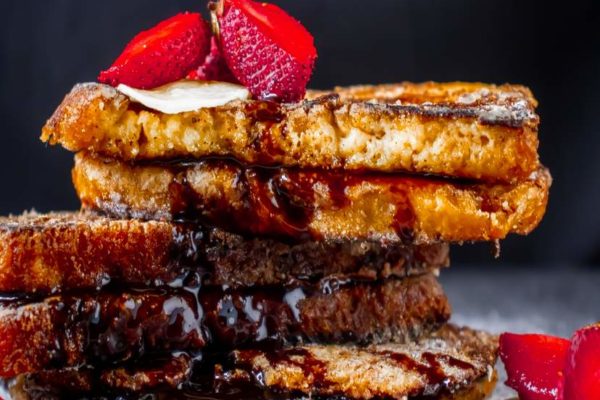 Chocolate Cinnamon French Toast. A quick and extremely easy dessert which we need in our lives. Delicious Cinnamon Sugar French toast which is crispy and slightly caramelized on the outside is equally buttery and filled with melted dark chocolate on the inside. These are dusted with Granulated sugar combined with Cinnamon and a hint of Nutmeg. Just the perfect amount of sweetness, exceptionally buttery and crunchy edges, and melty chocolaty goodness in every bite. This quick-fix dessert is like heaven on a plate 🙂 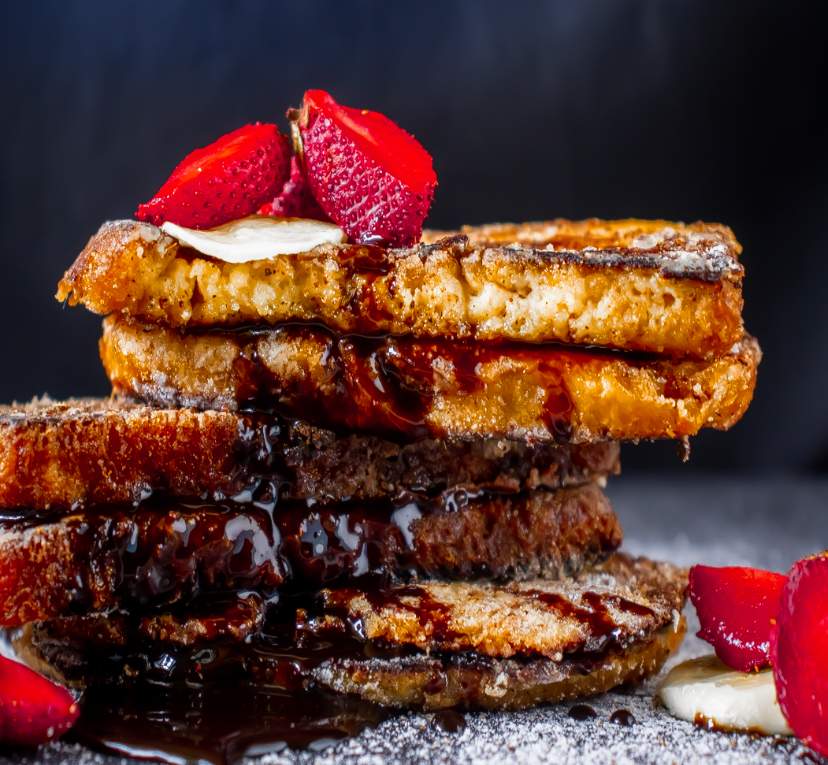 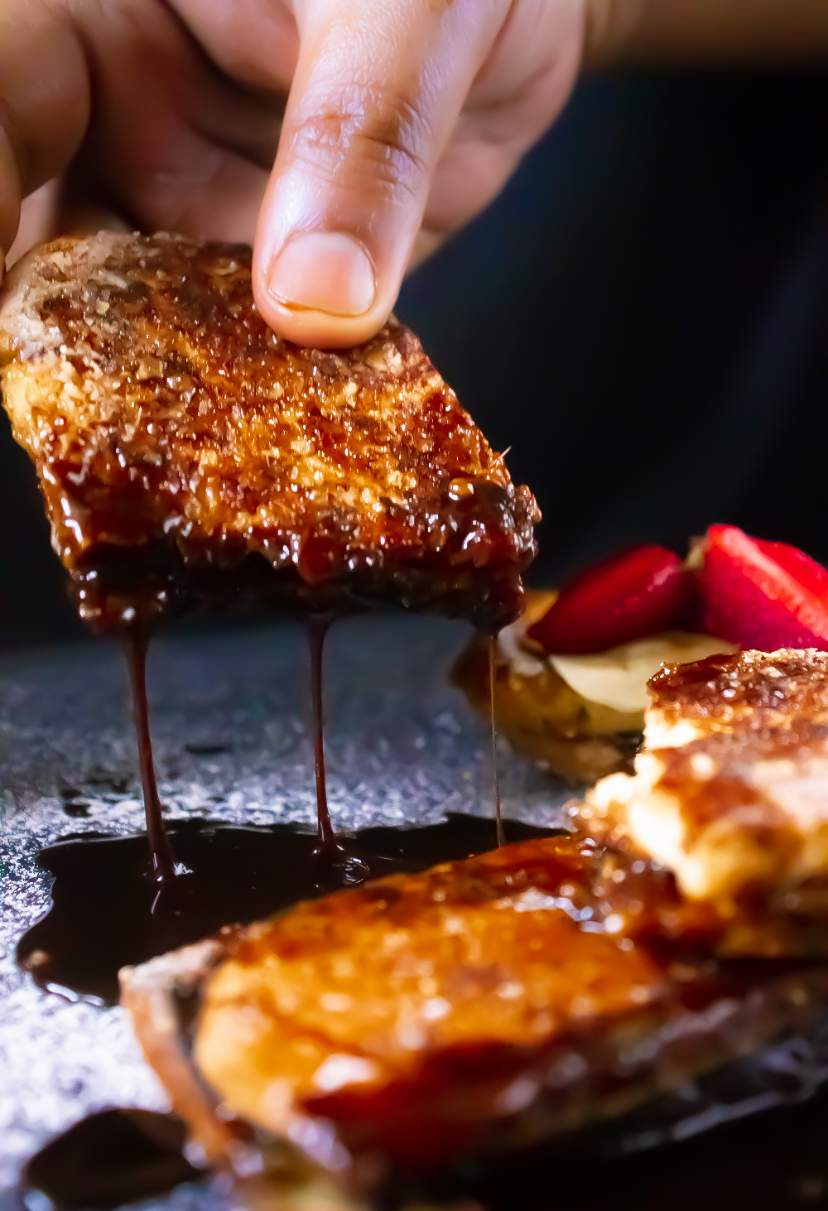 Hey, friends. So, today morning I woke up and the first thing that I was craving was some Chocolate Cinnamon Toast Crunch. Are you too a lover of Toast crunch especially in the wee hours of the day where it's kind of blurry, and all you need is a bowl full of Toast crunch and a cup of coffee to get back to reality. Well, it always happens to me. Especially in the morning, I need things to be perfect.

This Chocolate Cinnamon French Toast is something that I make very often for my boys. It's such a favorite family recipe and has been in my home for ages that it almost slipped my mind to share it with y'all. 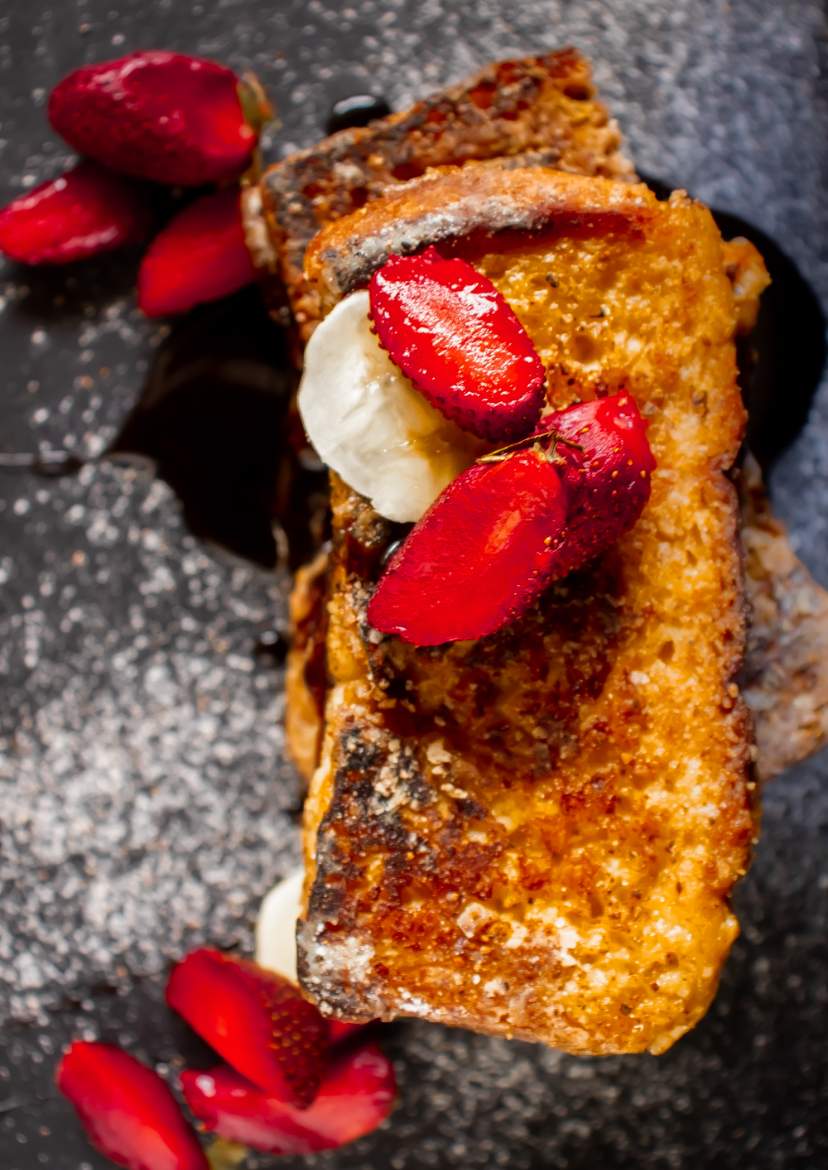 I used to make these quick Cinnamon French Toast for my boys and their friends all the time whenever they were home. Everyone used to love that extra Cinnamon sugar topping in the toast. I remember, one of the boys always used to say to me that this reminds him of eating Churros dunked in chocolate 🙂 That's such a cute and innocent reaction to this recipe and it always won my heart.

Well, it's actually just like that. Perfectly buttery and crunchy toasts with extra cinnamon sugar filled with melted dark chocolate inside are nothing but Churros dunked in chocolate in Toast format! Right!!! 🙂 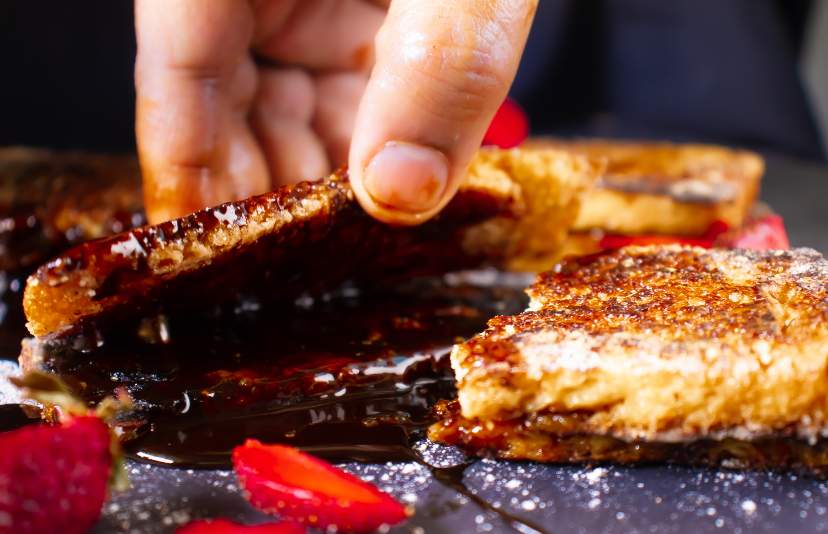 Below is a brief description of the recipe. You can find the full recipe with guided details below. Also, watch the video for a quick visual. 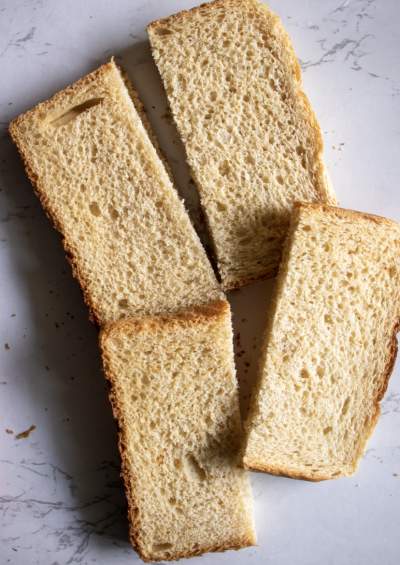 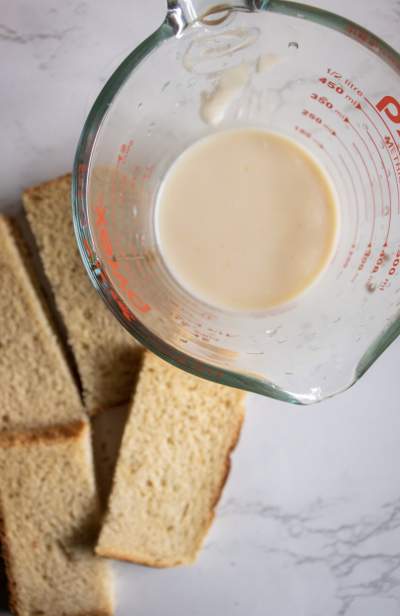 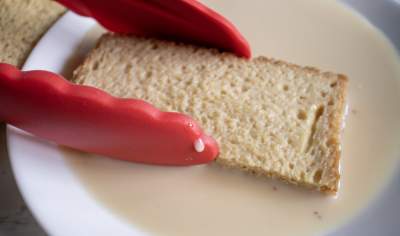 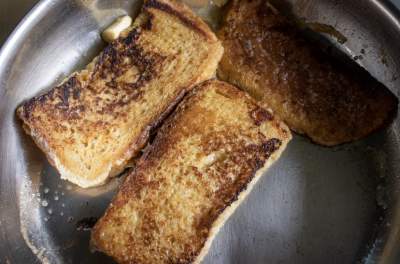 STEP 3: Make Cinnamon Sugar and dust over the Toast 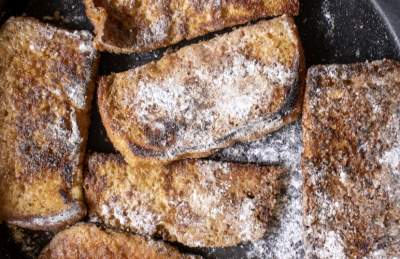 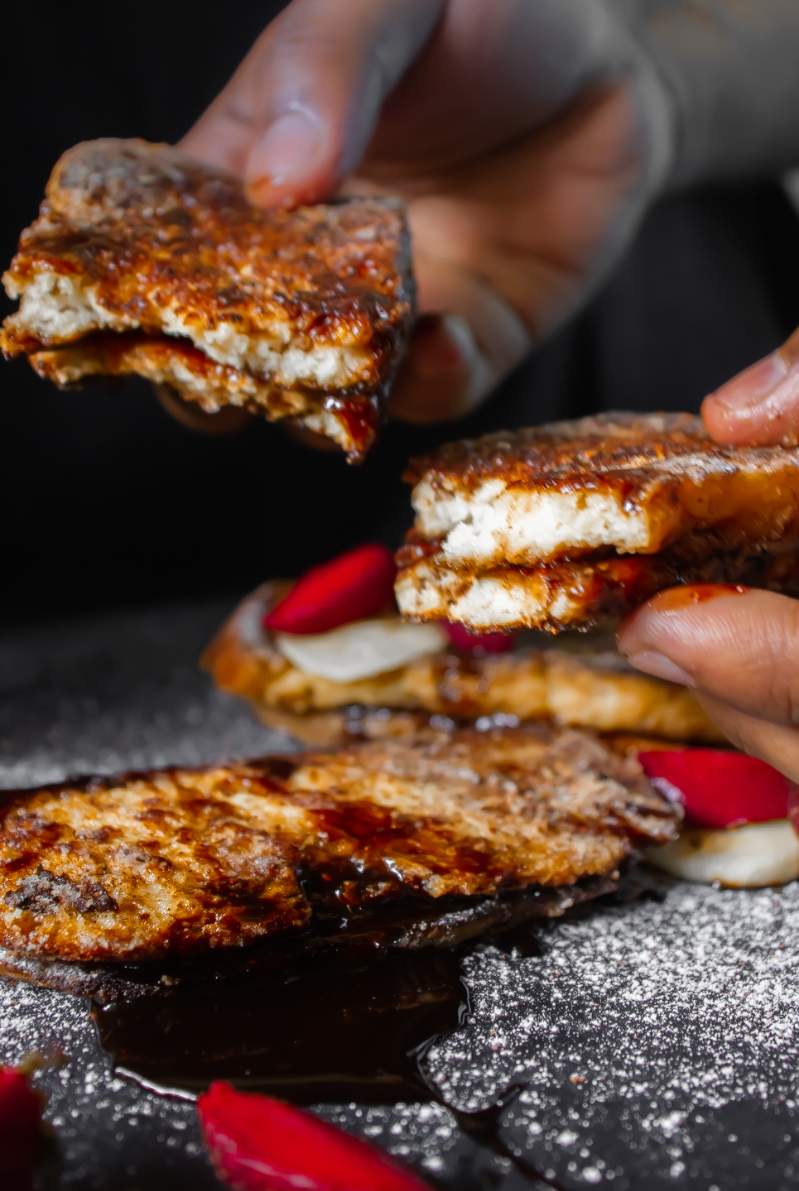 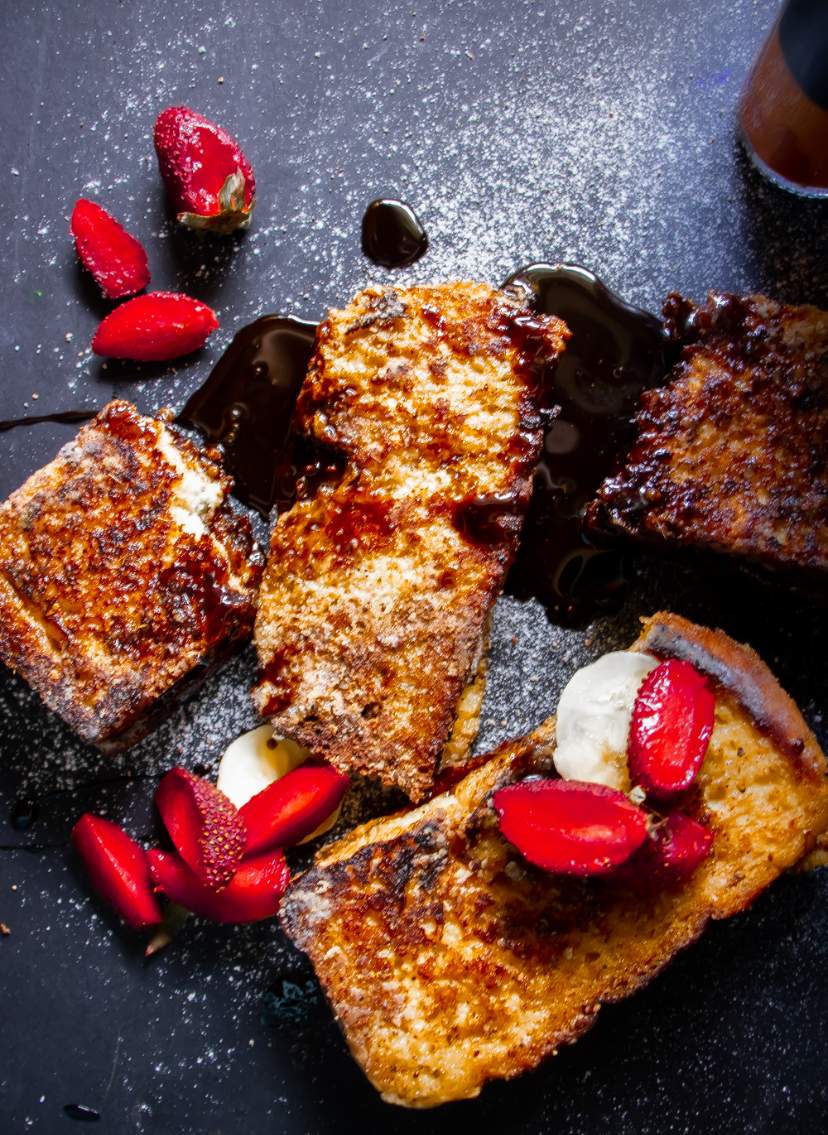 Other easy dessert recipes for you 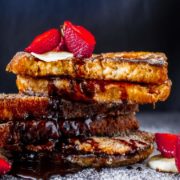 recipe inspired from Half Baked Harvest