×
You are here: Home / Desserts / The Best Zucchini Brownies ever (No Flour)
Fudgy Zucchini Brownies are made with NO Flour are healthy Brownies. These are so easy to make and tastes so good.
Jump to Recipe Print Recipe 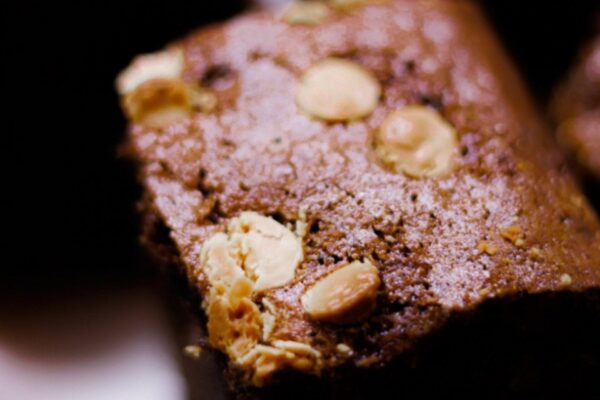 A perfect summer treat when you need a recipe for quick Healthy Brownie, you will love these Zucchini Brownies.

Super fudgy Zucchini Brownies are the healthiest Brownies ever. They are so easy to make and no one will ever know that it has Zucchini inside!

I love Brownies. In fact, its one of my favorite desserts. I add Veggies to my dessert pretty often. Have you tried my Zucchini Cookies with Cream Cheese frosting or Zucchini Muffins with Chocolate Chips.

Zucchini is one such veggie which is tasteless and is mostly just water. So it makes for a perfect addition to desserts.

Sneak it into your desserts and no one will ever know about it.

In fact, for many years I never even knew that she was sneaking in Zucchini into these brownies which was a common affair, especially during the Summer holidays while growing up.

One day when she told me, I was very irritated as to why would she sneak in veggies into something as decadent as a dessert.

But today when I am a Mom, I realized that its only because its the best way to get kids eat some veggies! Right!

Soon I got the recipe from my Mom and its just the best. Its pretty incredible how this is one recipe which I make so often and every time I bake these incredible Zucchini Brownies, I feel like I am so close to her.

I use Coconut Flour in place of All Purpose Flour to make these Flourless Zucchini Brownies. Its pretty easily available and is gluten free and healthier.

Also Flourless Zucchini Brownies are fudgier than regular brownies. This is because it has less flour to fat ratio and the more fat which is oil or butter or sugar, the fudgier brownies.

How to make Zucchini Brownies

Zucchini Brownies are actually really easy to make. Its simply just mixing everything and baking. You get perfect brownies in just 35 min. Super easy to make and just extremely delicious.

Add grated Zucchini, Sugar, Vanilla Extract and Oil. Fold until combined. (You do not have to add milk or water to combine. However if its to dry add some water until combined through)

Transfer to a baking dish. Bake for 35 min.

Once baked, allow the brownies to cool down for 10 min before you cut and serve.

Remember to cool down the flourless Zucchini brownies for at least 10 min before you cut them and serve.

Allow the Zucchini Brownies to stay in the hot baking dish. The heat from the dish gives structure to the brownies.

Hint: These Zucchini Brownies require no eggs or butter or milk. If your Zucchini is old and dry you might want to mix in some milk or water to make the brownie batter.

The brownie batter will NOT be like regular brownies. It should be THICK

These Zucchini Brownies are Vegan, only if you replace Sugar with Maple Syrup or Coconut Sugar. Also these are so easy to make and so healthy.

How to Store Leftover Zucchini Brownies

Refrigerate: Store leftover Zucchini Brownies in an airtight container in the refrigerator. You can refrigerate these Brownies for upto a week.

Reheat - the easiest way to reheat Zucchini Brownies is to allow them to thaw overnight in the refrigerator and reheat in the oven before serving.

Yes. adding Zucchini to Brownies make them ten times healthier. Its a great way to include Zucchini in your diet.

Do you peel Zucchini for baking?

No. Simply grate the Zucchini using a box grater or chop into chunks and pulse in a food processor before using Zucchini for baking.

Can I use Brownie Mix to make Zucchini Brownies

Yes of course. Simply add grated Zucchini to Brownie mix. Add water or milk as per your requirement to bring everything together and bake.

What makes a Brownie more fudgy?

Top Tips to make the Best Zucchini Brownies! Will Knock Your Socks Off! 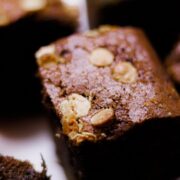 How to Prep the Zucchini

Simply grate the Zucchini using a box grater or pulse in a food process. Transfer to a colander with a dish in the bottom. Squeeze out the excess water from grated Zucchini using a clean kitchen towel and then use it to make Zucchini Brownies.