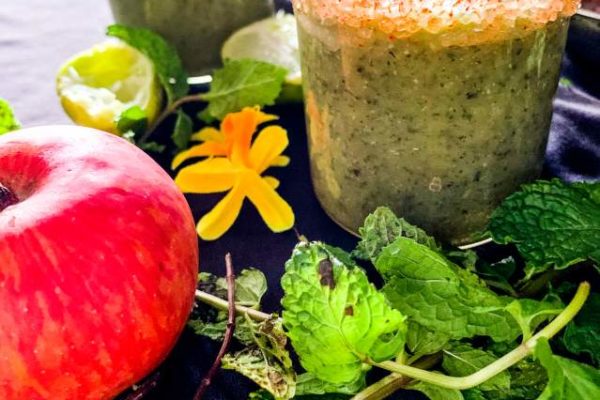 Summer Season means drinking up healthy smoothies that keep you cool all day long. One such smoothie that you can try is this Cucumber Apple Mint Smoothie.

The minty freshness merges with the nutty texture of flax seeds and makes this smoothie so much better. Moreover, the fennel adds an extra layer of freshness in this smoothie. And, I guess I don’t have to tell you about the combination of fresh cucumber and apples.

A Quick Look at the video

Why should you bother to make this smoothie in the first place?

I think you should make this smoothie because of three major reasons.

Of course, it does. Like you, I was a little skeptical about using flaxseed in the first place. However, I had a gut feeling that flaxseed would give this a nutty texture and would significantly improve the taste and texture of this smoothie. Turns out I was damn right! Not only did flax seed brought a nutty texture but it also elevated the level of this smoothie from dull and boring to something much moreish.

Why is the Purpose of fennel seeds when we are already using flax seeds?

Can I replace Honey with Maple Syrup?

Yes, of course, I would highly suggest that you use Maple Syrup in place of Honey. This is because Maple syrup is having less fructose and fewer carbs so it is a significantly better choice.

Other variations of this recipe 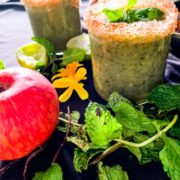