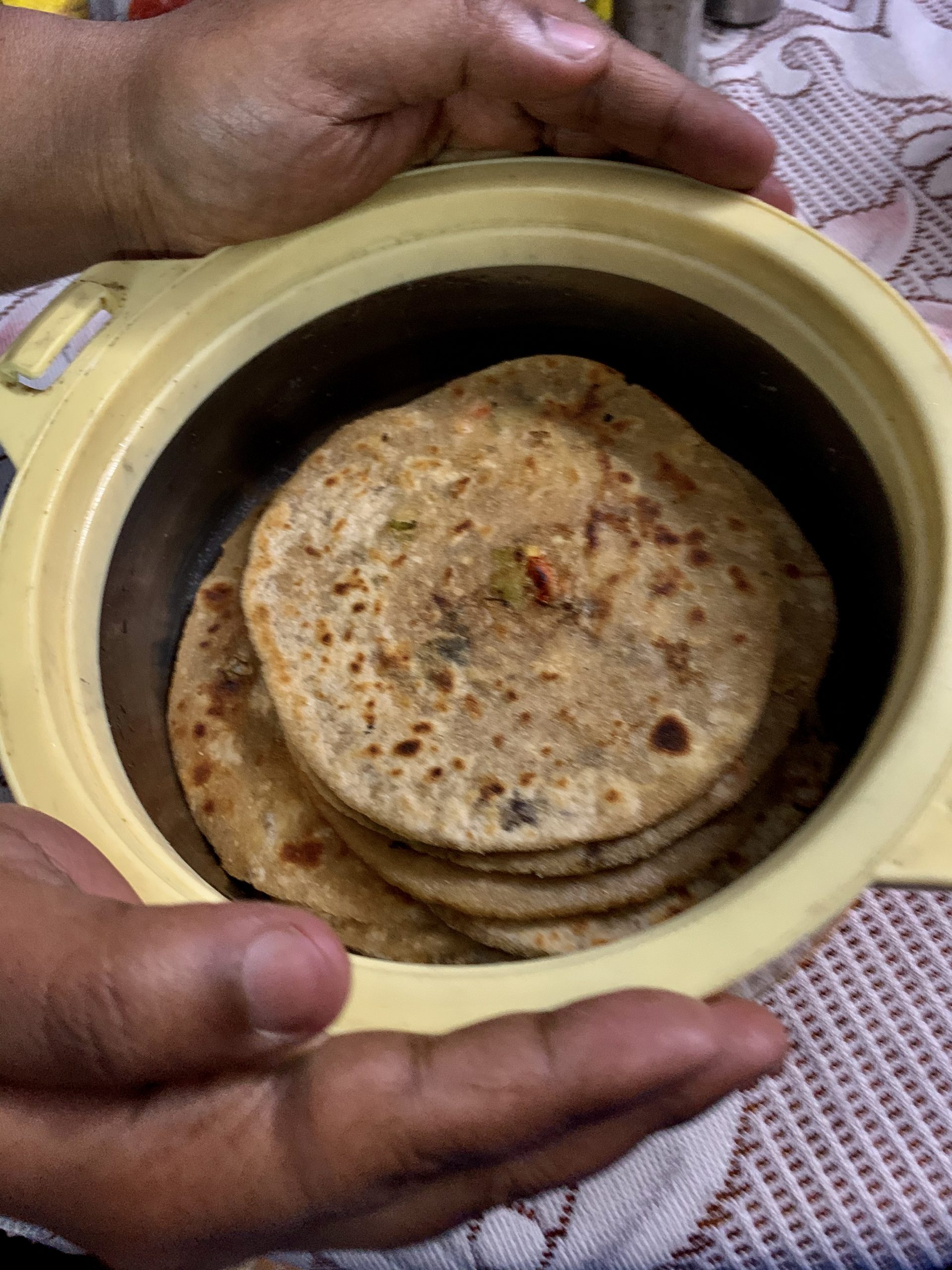 The most popular Indian bread recipe - Gobhi Paratha or Indian Cauliflower Flatbread is a winter delicacy that makes our dinners buttery, crunchy, spicy, and absolutely lip-smacking. Serve this along with Tomato Ketchup or Spiced Yogurt.

For me, Gobhi Paratha means that first ever attempt of a paratha which I did all by myself. I was alone at home and was getting tired of junk food. I went into the kitchen to find cauliflowers. That was the day when I made my first gobhi paratha. I cannot describe the feeling. It was mind-blowing. My first paratha made all by myself. Before this Gobhi Paratha recipe used to be something that I dreaded a lot. I thought it needed special care. But, that day I knew how cool it was.

Making Gobhi Paratha is not easy. At least for me, it wasn't. I though grating the cauliflower florets were a bit tedious. So, I called my mom and she suggested that I should cut them into small chunks. She said she liked to get a bite of cauliflower as she munched on.

Getting a bit of confidence from her suggestion, I started preparing cauliflower bread or Gobhi Paratha for my family. I really like doing things my way. But, I also love to ask when I need a suggestion. Now, the asking part was over. I was free to experiment with my Gobhi Paratha Recipe.

I love this kind of freedom in my kitchen. It helps my creative juices or should I say culinary juices flow. 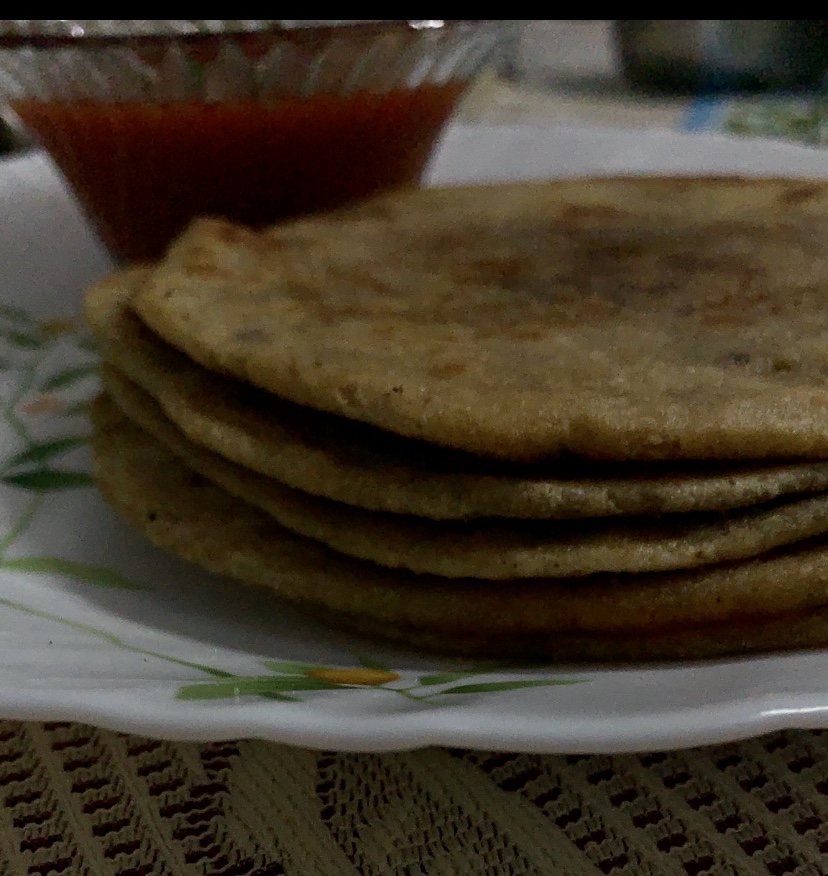 What is the difference between Naan Bread and Flatbread?

Naan bread is a popular Indian bread that is served with curries. However, Naan bread is made with refined flour and is not as soft as compared to Indian flatbreads or Parathas. Naan Bread is made in the barbeque oven and is grilled. Whereas Flatbreads are typically made with AP flour and are cooked with oil over a frying pan. It is not put to get grilled. In Naan bread, it is first grilled and then slathered with butter. Whereas, in flatbreads, it is first cooked over a hot pan and then fried with some butter. Flatbreads are typically made with stuffing. Ranging from Potato stuffing to cauliflower stuffing to Onion stuffing, there are a million varieties of Indian flatbread. It tastes crunchy on the outside and has the wonderful flavors of the stuffing inside.

How to Make Gobhi Paratha

There are countless versions of Gobhi Paratha all over the internet. But, when you've come to my site. I'm gonna teach you Gobhi Paratha in my style.

To make the paratha - Don't grate the gobhi. Rather, just half it from the center and soak it in warm water for just a few minutes. May be just 2-3 minutes.

After that throw away the stems and cut the cauliflower florets into small chunks. Keep them bite-sized. You'll love it later.

For the stuffing, you'll have to chop some onions (chop them finely), add in some spices and your cauliflower florets. Once everything gets cooked, and you are able to smell the beautifully cooked cauliflower with spices put off the flame. Let it chill for some time.

Make a simple bread dough and roll it out in a small circle. This is my favorite part of the recipe. When I first learned to make a stuffed paratha, this used to be the most dreadful part. But, now I can do it with my eyes closed.

Make a small bowl with your palm and pour a generous amount of stuffing into it. Seal it from the top and then roll it again. I know you will be worried about the paratha breaking from the sides. You know what, they make it even tastier. When those stuffings that you are seeing while rolling your bread, get on the pan and fries with the oil, it would taste amazing. As a kid, I would love those parathas which had many fried parts on it.

And, then you are done! Easy right? Serve them with some curd or a bowl of tomato sauce. (I prefer the latter). 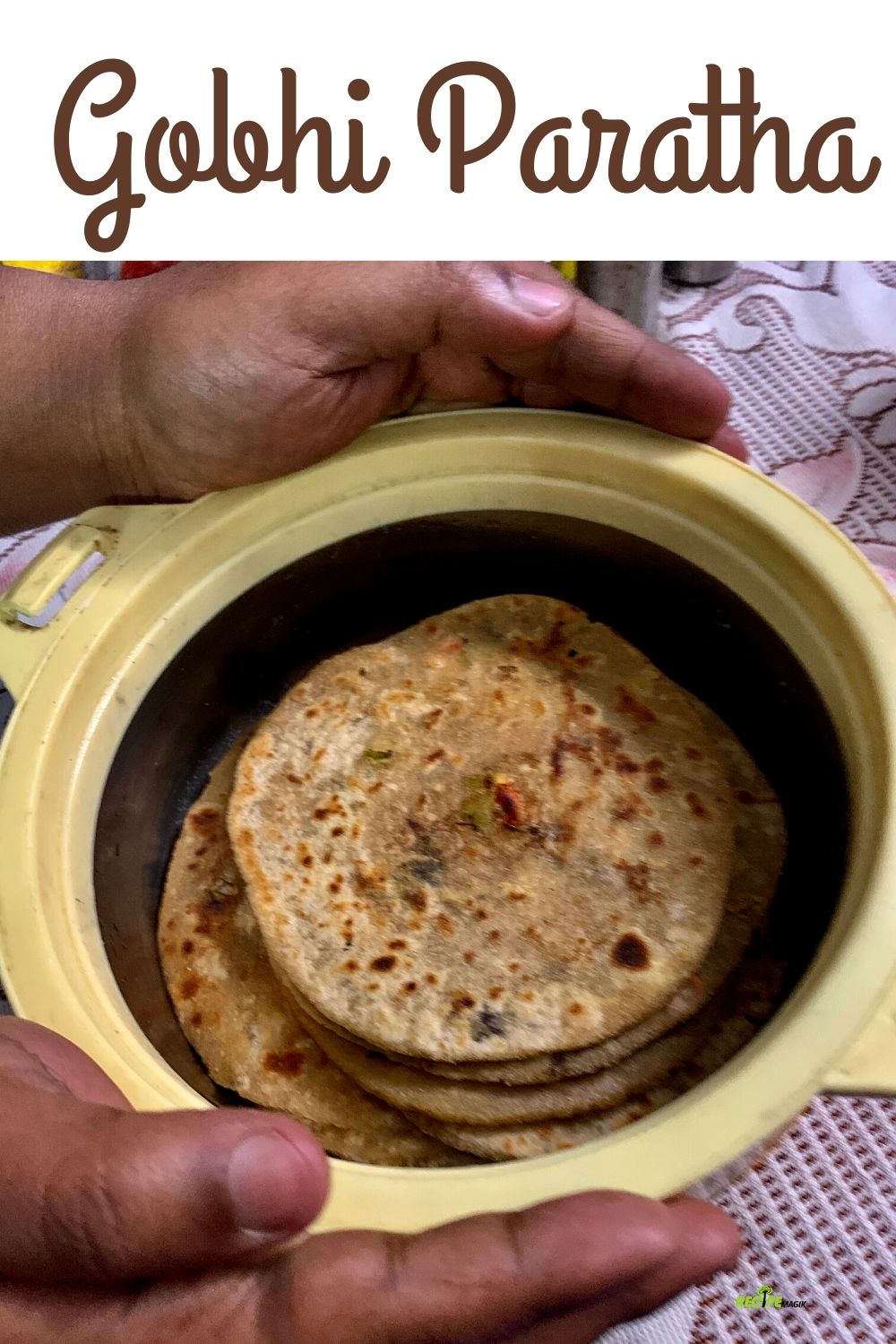 To Make the Parathas