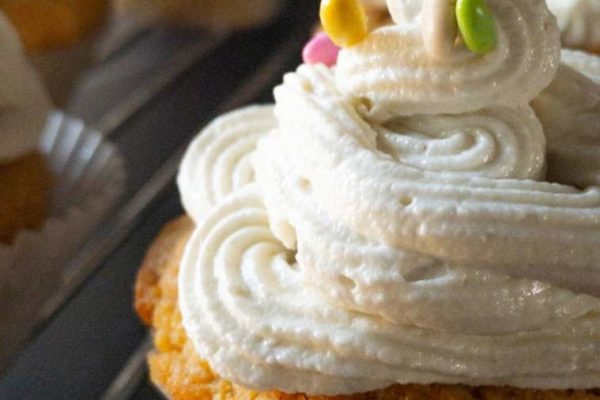 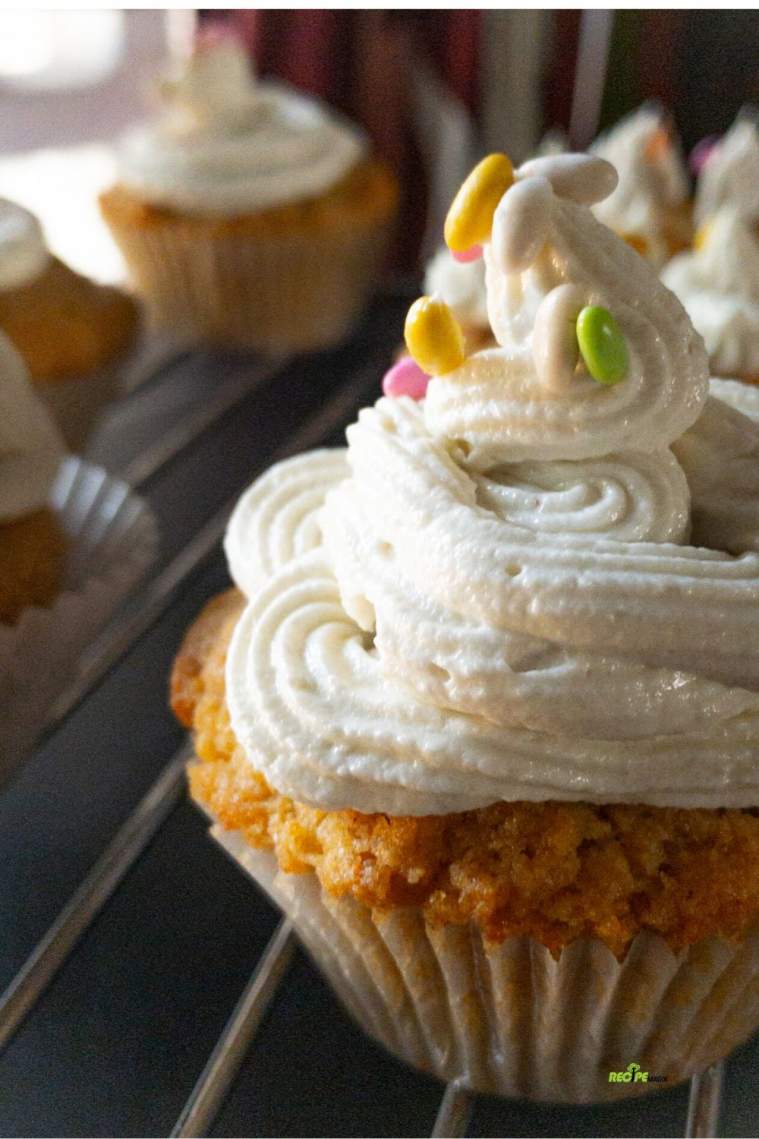 Moist Vanilla Cupcake Recipe With Oil is a delicious, soft, and super moist cupcake made with Pure Vanilla Extract. These super Cute Vanilla Cupcakes with Buttercream frosting can make any boring day a special one.

Thinking about baking a batch of Moist cupcakes? These super moist vanilla cupcake recipe with oil is the answer to your easy cupcake recipe.

Well, have you tried my - Moist Chocolate Cupcakes with Chocolate Cream Cheese Frosting

Seriously, if you have literally nothing at home and you are looking to bake something at the last minute, then, there can be no better and special recipe than a batch of Vanilla Cupcakes with Buttercream frosting. 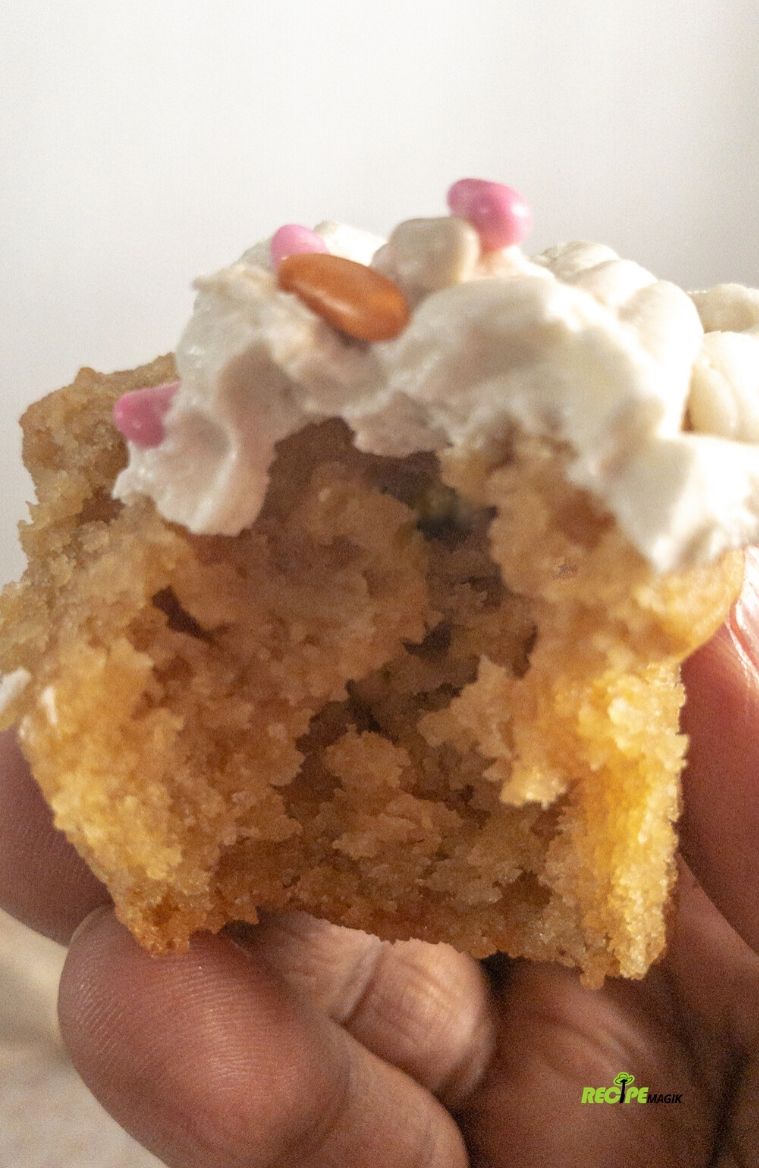 It was a boring Monday morning and I just wasn't ready to start my weekly hustle yet! I wanted to be in my Sunday mood for some more moments. Sunday for me is all about good food, good baking, and some long hours in the kitchen meal prepping for the week.

But, I love that. It's what makes me go!

Usually, my Monday mornings are so busy, that I start running right from the moment I open my eyes and jump out of my bed. But, this was a holiday, I do not remember what exactly it was and I was so bored.

So, I decided to raid the fridge and make something sweet to start my cooking spree for the day. And I just saw a lonely bottle of Vanilla Extract staring at me! I just grabbed it.

The next thing I know - I was baking Vanilla Cupcakes. I used oil for the recipe because I had very little butter left and I had to use it for my Buttercream frosting.

So, I thought, let's give these Vanilla Cupcakes a try with Oil. And these cupcakes came out so gorgeous! I felt like I was a pro at it. (although I am not)!

So, finally my Sweet and Simple Vanilla Cupcake recipe with Oil was ready. And I couldn't wait to share it with you guys! So, here it is - The Best Vanilla Cupcake Recipe With Oil.

How to Bake Fluffy Vanilla Cupcakes with Oil 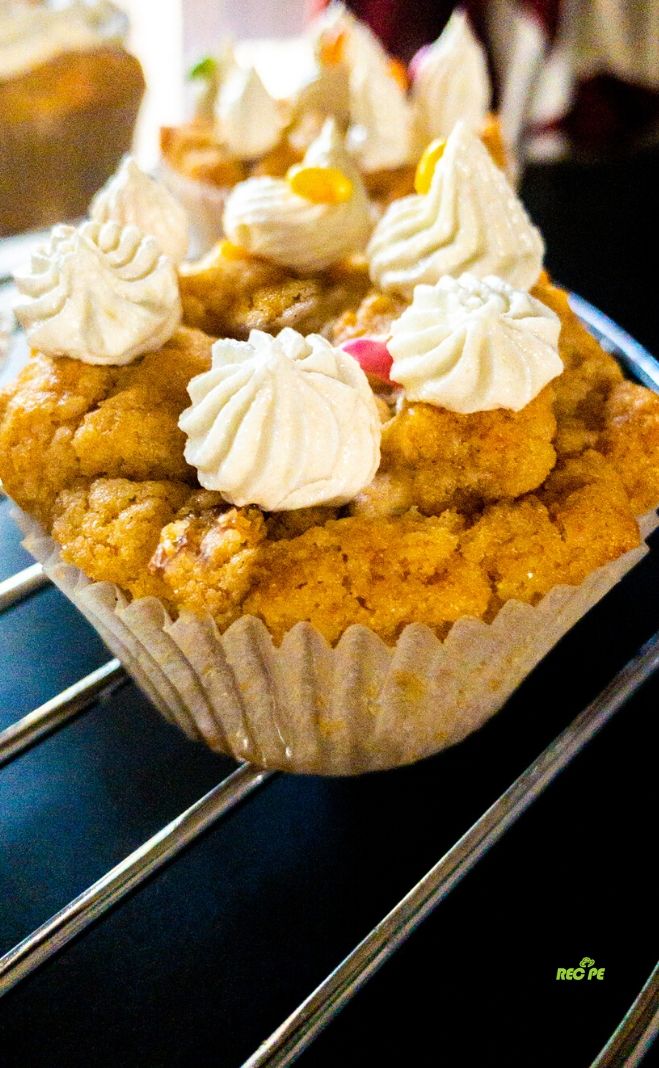 To bake my Vanilla Cupcakes, I first took my wet ingredients which were brown sugar and Oil. I used Vegetable oil for this. And I just creamed them together at high speed for 3 minutes. After it was creamed, I added a spoonful of Pure Vanilla extract to this and kept it aside. If you have a cupcake mix, then you do not even have to cream.

In another bowl, I sieved a cup of flour along with some Baking Soda and Baking Powder. And I slowly started adding this flour mixture to my Wet Ingredients mixture. At his point, I did not use my handheld blender. I just folded the flour mix lightly with my wet ingredients, using a wooden spatula.

Finally, to this, I added some Yogurt and some Vinegar, and gave it a quick whisk with the handheld mixer, only for 30 seconds. I have used Yogurt to make Vanilla Cupcakes without Milk. I know milk makes Cupcakes really fluffy, but so does Yogurt. And you do not need thick Yogurt for this as well.

You can just use any kind of yogurt you have at home, as long as it's fresh and unflavored. Just add a heaped spoon to your wet batter and trust me, your Vanilla Cupcakes will come out so fluffy and soft, that you'll love to indulge!

Also, since my baking Eggless Vanilla Cupcakes with oil, I have replaced Eggs with some White Vinegar. Vinegar is the perfect alternative to eggs and you will not notice any difference in an Eggless cupcake if you just use Vinegar as your Baking acid.

Also, I added some chopped cashew nuts and raisins and mixed it with the cupcake batter. I think Cashew Nuts and Raisins are the perfect toppings to anything Vanilla.

Finally, I lined my cupcake tray with my cupcake liners and greased them with some oil. And I put my Cupcakes for baking at 356 F for 5 minutes.

After 5 minutes, I reduced the temperature to 256 F and baked for another 5 minutes. I allowed the Cupcakes to stay in the Oven for an additional 5 minutes so that it gets that extra crispness on the edges with the heat from the oven.

Finally, I took my Vanilla Cupcake out and allowed them to chill on the cooling rack.

How to make American Buttercream Frosting

Meanwhile, to make by Buttercream Frosting, I took half-cup Butter at room temperature and Whisked it until soft for 3 minutes and high speed. Now to this I slowly started adding a spoonful of Icing sugar, (one spoon at a time) and whisked it for another 2-3 minutes.

Finally, my Buttercream frosting was ready.

I took it out in my piping bag, chose my nozzle, and started Icing my Vanilla Cupcakes. There is something so cathartic and relaxing about icing cupcakes. It just takes all the stress off me and I feel like I keep doing it for hours!

Finally, I decorated my frosting with some sprinklers and my Cupcakes were ready to eat. It was so delicious and soft that I could not believe what I just baked! 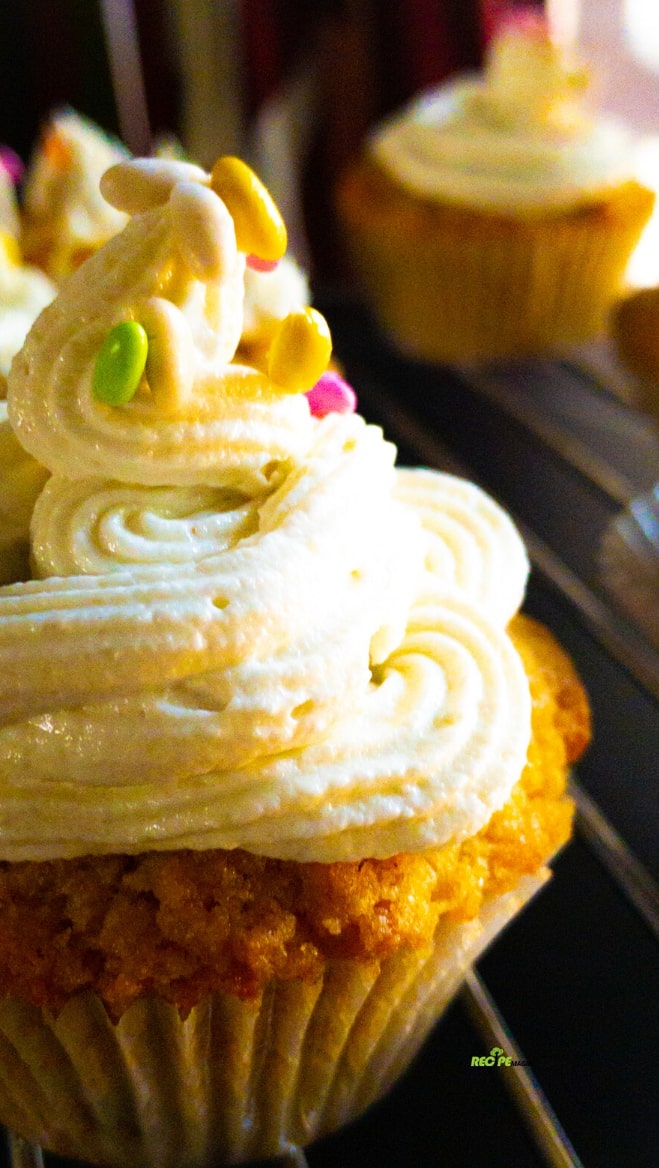 To make Moist Vanilla Cupcake Recipe Without milk, I used Yogurt and Vinegar. I used simple white vinegar. Also, I use Yogurt for baking my cupcakes as it gives the cupcakes an awesome moistness and fluffy consistency. You do not need Milk for baking these cupcakes. You just need a spoonful of Yogurt and they'll do the trick. 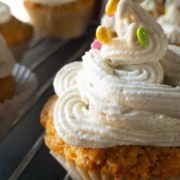 To prepare the Wet Ingredients

To prepare the Dry Ingredients

Mix the Dry and Wet Ingredients

To make the Buttercream Frosting