×
You are here: Home / Indian / Kanda Poha | How to Make Kanda Poha or Flattened Rice
Poha or Kandha Poha is a popular Maharastrian recipe that we love for breakfasts.
Jump to Recipe Print Recipe 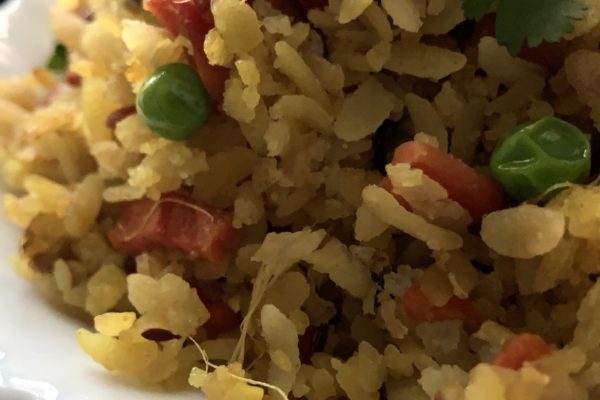 Poha is a popular Indian breakfast recipe that gets prepared in almost every household at least once a week. But, basically, this is a dish that has two varieties. One that is made in Bhopal - Madhya Pradesh and another which is made in Mumbai & Pune - Maharashtra. The Maharashtrian version of the Poha is called Kanda Poha. Today, I'm going to be sharing the Kanda Poha recipe or Flattened Rice recipe with y'all. For all those who are wondering what is "Kanda"? So, "Kanda" is a Maharashtrian word for Onions. The more the onions or Kanda, the better the taste is what is believed! 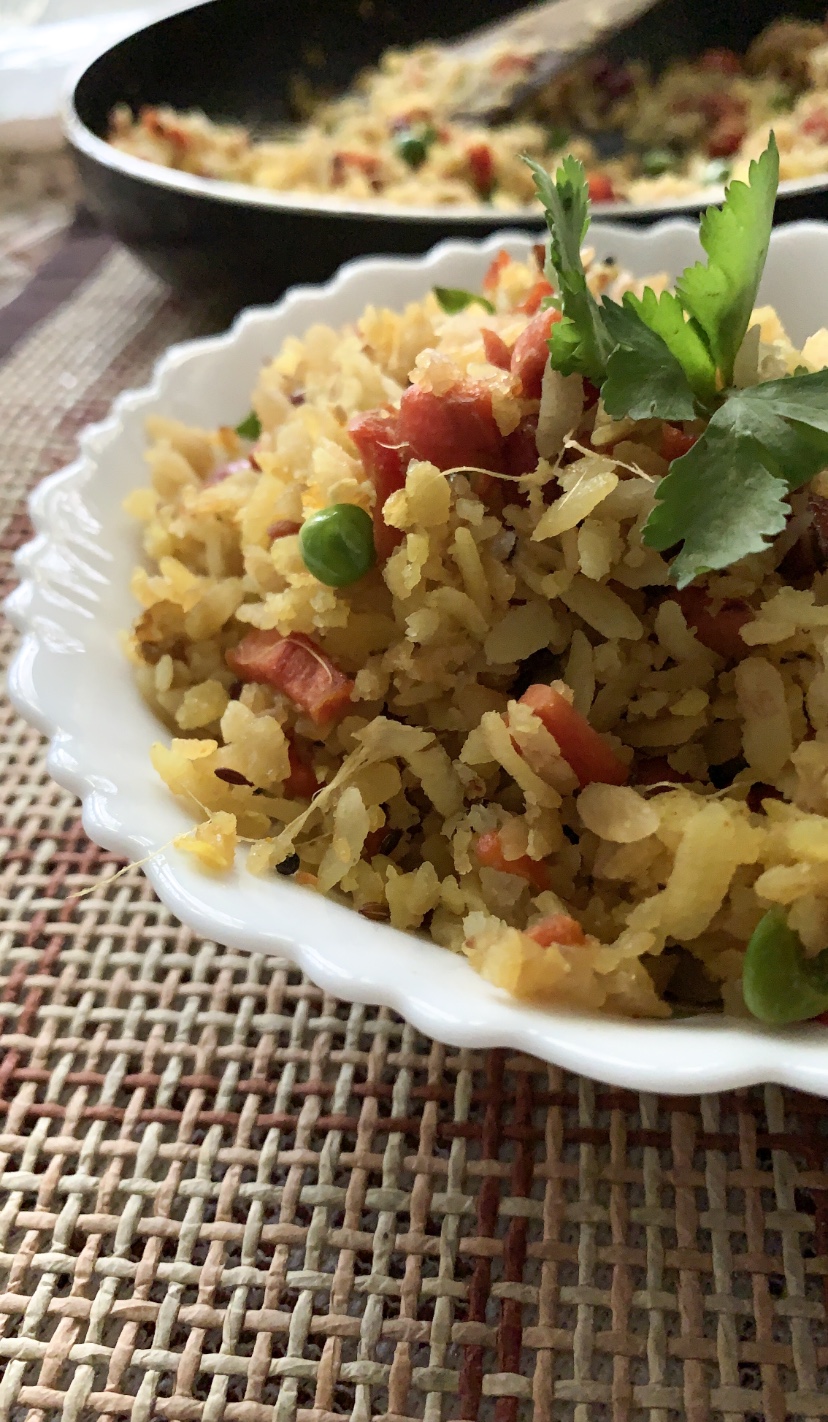 Kanda Poha is generally made with thick flattened rice. When you start with the process, make sure you do not over wash the Poha. It gets soggy. We do not want that.

I'm not from Maharashtra but fortunately, my best friend is from Mumbai. And, when I was living with her in Delhi, she used to talk about Kanda Poha all the time. Believe it or not, she was the one who taught me how to make Kanda Poha at home. After that, when I visited her home in Mumbai, her mom made me the best Kanda Poha. 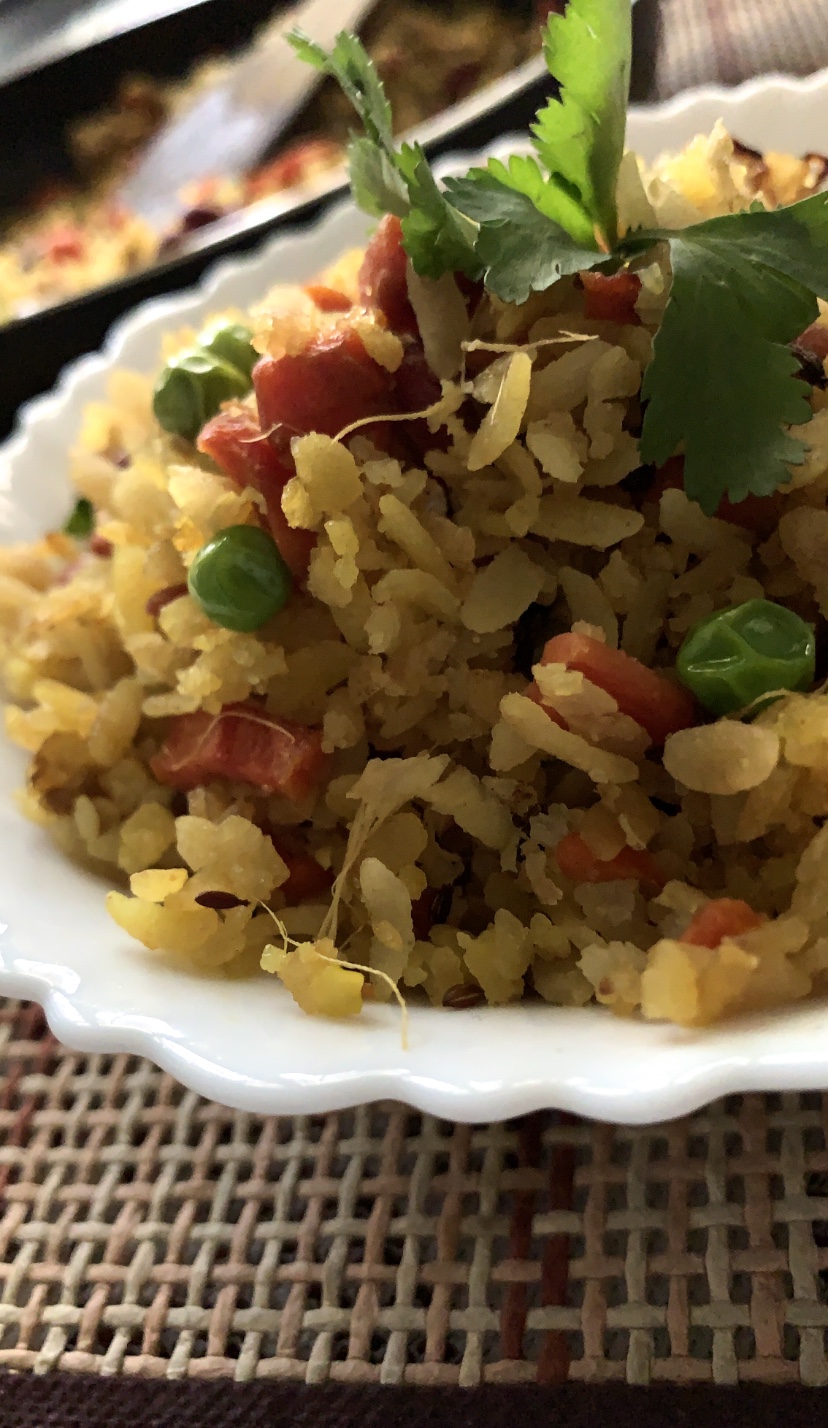 What are the kinds of Poha?

Kanda Poha is a Maharashtrian version of Poha. It gets the term Kanda associated with it because " Kanda" translates to Onions in Marathi. Hence, the name - Kanda Poha. It is typically served as a breakfast with Tea.

Whereas, if you were in Madhya Pradesh, you'd be tasting a slightly sweeter version of Poha, and that's because of the flavoring with fennel (sauf). Also, they add some Cumin seeds along with the Mustard seeds to temper the oil (preferably butter). They soak the beaten rice (poha), in water which is already flavored with turmeric, salt, and sugar. The Indori Poha is typically served with Jalebi.

How is Poha different from rice?

Poha is basically rice which has been partially boiled, rolled and then flattened. After which it has been sun-dried so that it looks like thick flakes. We generally look for a thicker flake, while making Kanda Poha. 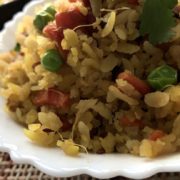 Adding Some sugar on the top is purely optional. I love my poha a little sweet and salty. Hence I prefer adding a pinch of black salt with sugar. You can skip it if you want.