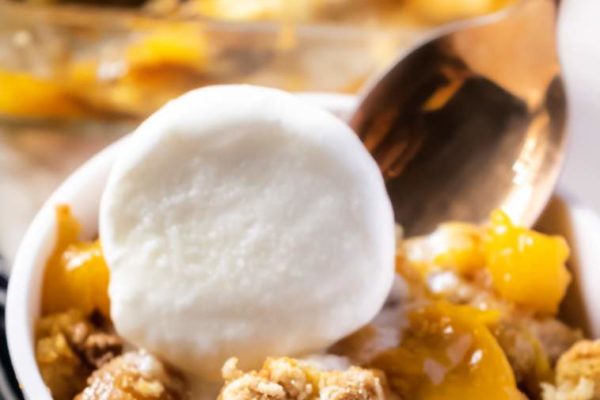 Southern Peach Cobbler is a fruity and comforting Summer dessert recipe. This classic dessert can be easily made in an Instant Pot in just 12 minutes.

Peach Cobbler in an Instant Pot is easy to make and tastes just as good as it does in the oven.

If you're looking for a perfect Summer dessert to take with you for Camping nights or Potlucks or Picnics, then you should not skip out on a good old Peach Cobbler with that hint of Cinnamon and a buttery biscuit topping.

How to make Southern Peach Cobbler

A classic Southern Peach Cobbler is the best dessert which you could ask for during hot Summer months.

Juicy Peaches are tossed with Cornstarch, Cinnamon, and Sugar and topped with a buttery biscuit topping and "Baked"

Below is a detailed description of how to make the best Peach Cobbler in an Instant Pot. 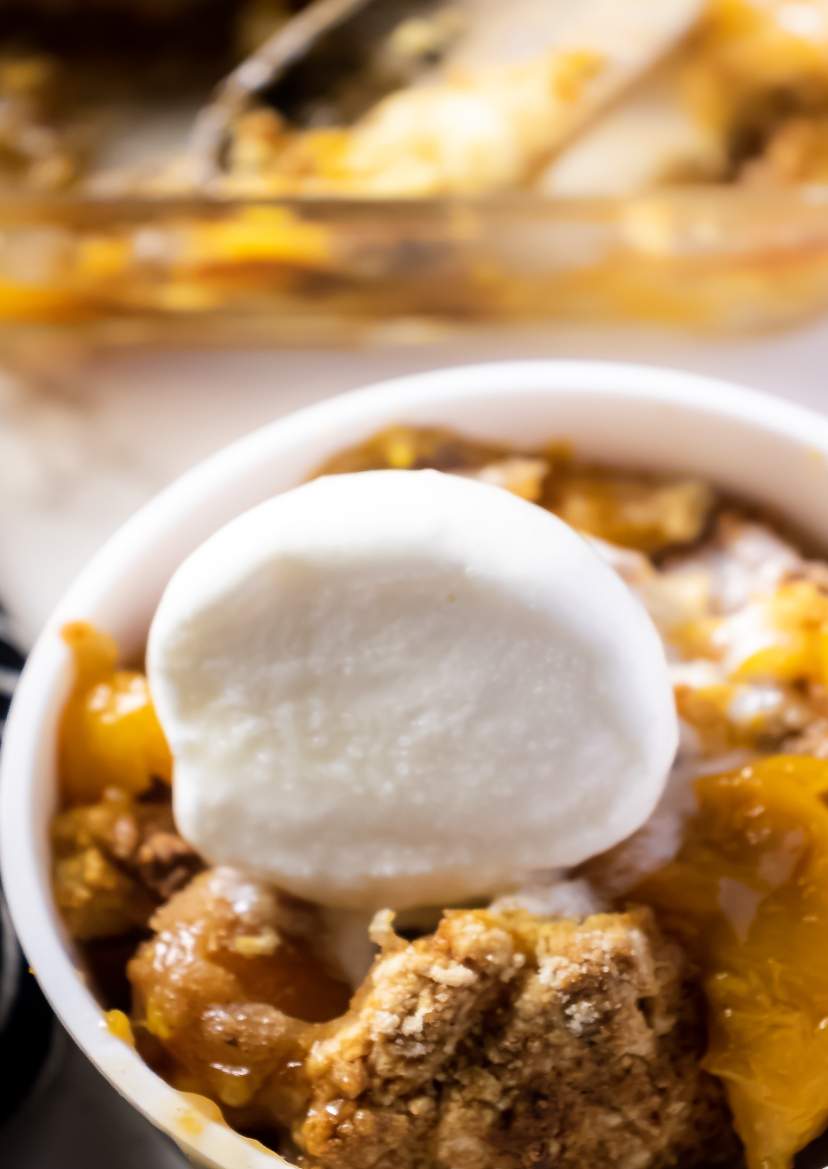 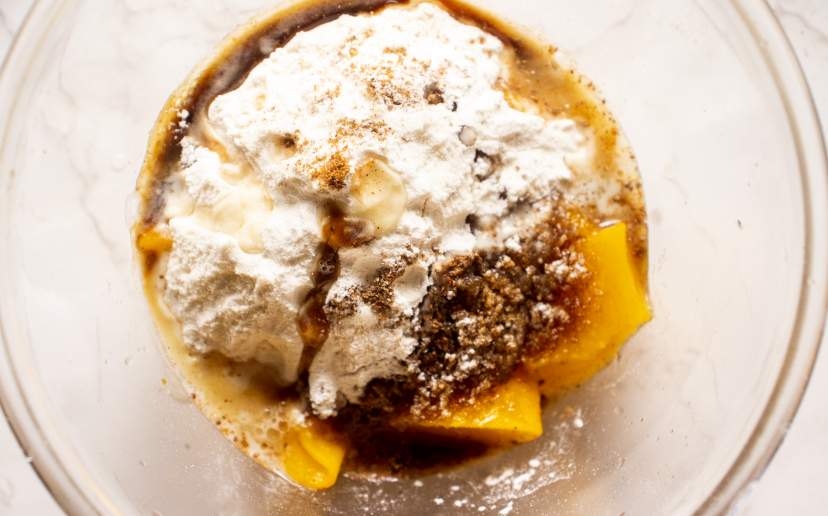 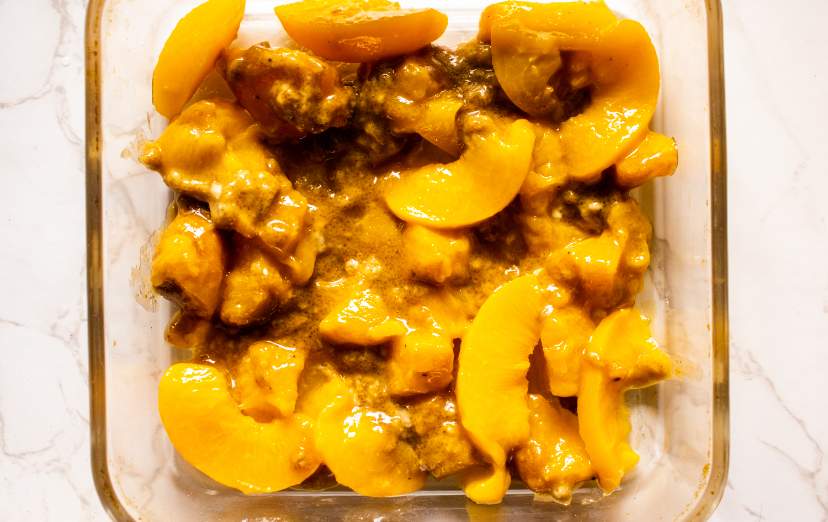 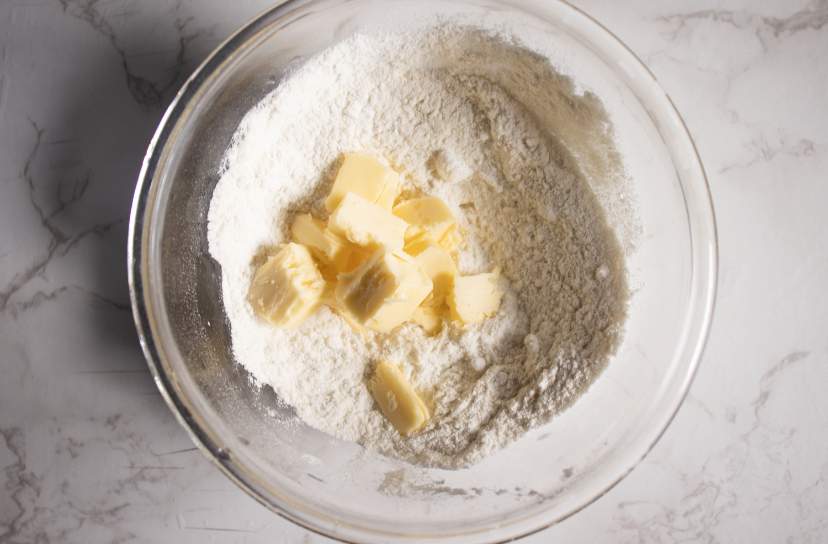 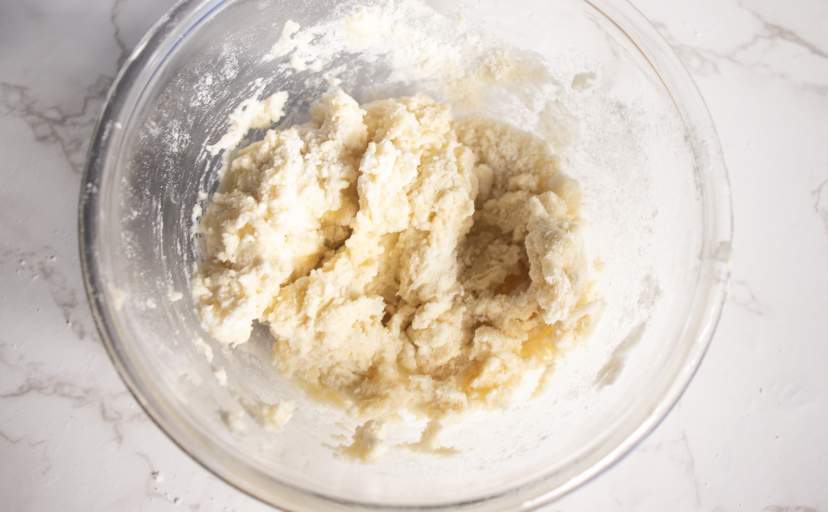 STEP 3: Place in the baking dish

Generally, a Peach Cobbler or any Fruit Cobbler for that matter is baked in a 9x9 inch baking dish. Since I am "baking" this in the instant pot, so I am using an 8x2 inch round cake pan. 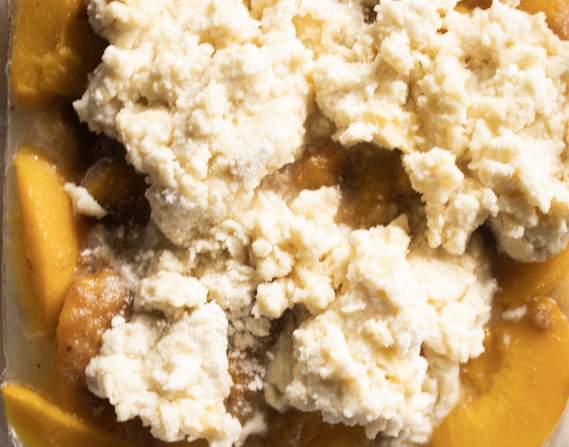 Peach Cobbler is generally served with a scoop of Vanilla Ice cream on top. You can also serve it with a scoop of Whipping Cream. It's the Summers and no one's to judge right! 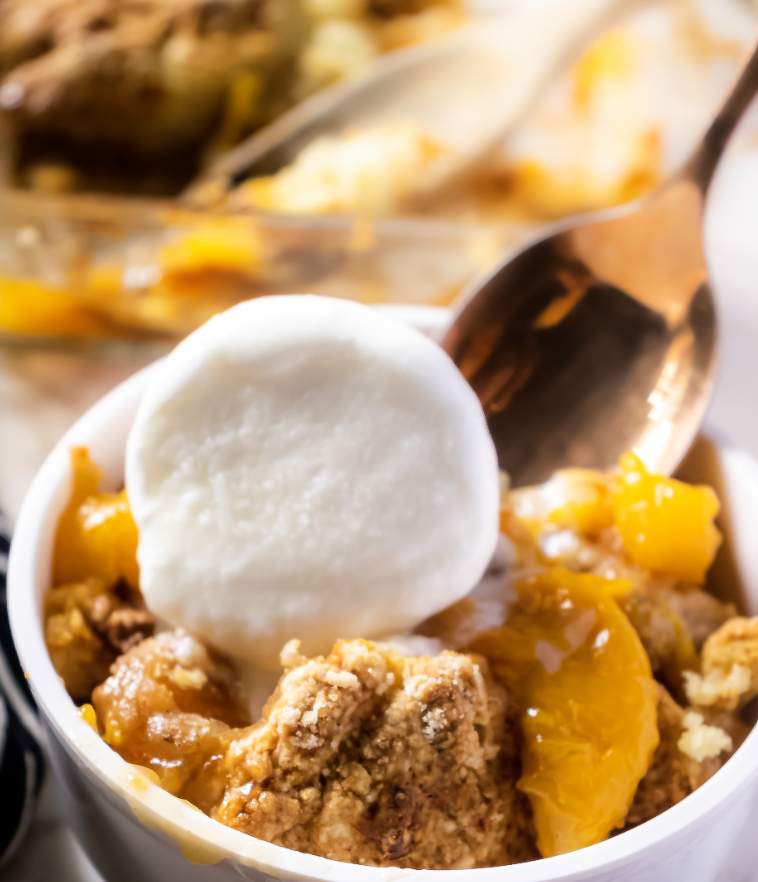 How to make Peach Cobbler in the oven

Place the Peach filling in a 9x9 inch baking dish or an old-fashioned cobbler baking dish.

Place the Peaches in the oven and allow to reduce for 10 minutes.

Then add the biscuit topping and bake for 20-minutes.

Are Peach Cobbler and Crisp the same?

Well no! Cobblers are desserts that have a fruit base that is topped with a biscuit or a Pie dough topping. These are then baked until the topping gets golden brown.

Next comes in line is a Crisp. A Crisp is just as same as a Cobbler, except that it's not a biscuit topping. Its basically all the same things, without the Sour Cream, but with Oats topping. It really feels like Oatmeal cookies broken on top and served!

Should I remove the Peach Skin before use?

Well, there is no rule as to should you remove the skin of the Peaches or not.

Traditionally in Southern Recipes, the Peach skin is kept intact. The Peaches are chopped thinly and when they get baked, the skin gets all mushy and doesn't bother you.

However, I prefer to remove the skin and then use the Peaches. I do not like the fuzzy Peach skin and find that removing the skin makes the Cobbler just a little bit juicier!

Tips to make the Best Peach Cobbler Ever!

I really consider myself a Cobbler and Crisp Expert since my recipes are so hugely popular and loved by everyone!!!

So, here are some quick tips on how to make the best Peach Cobbler. 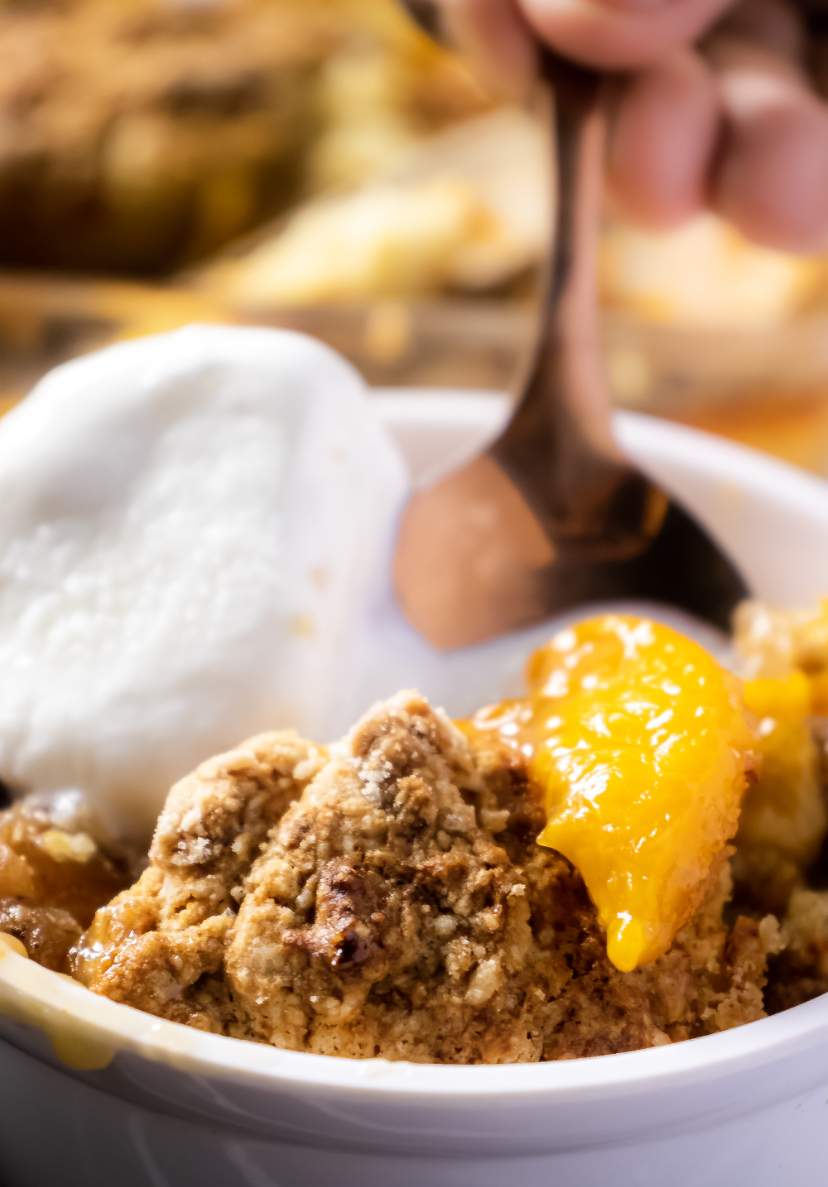 This Instant Pot Peach Cobbler is a boon for all of us who are busy all day or just want to make a quick dessert for the family that reminds them of home.

This Instant Pot is such a boon. It's mess-free, quick, and easy. 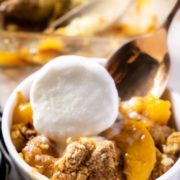