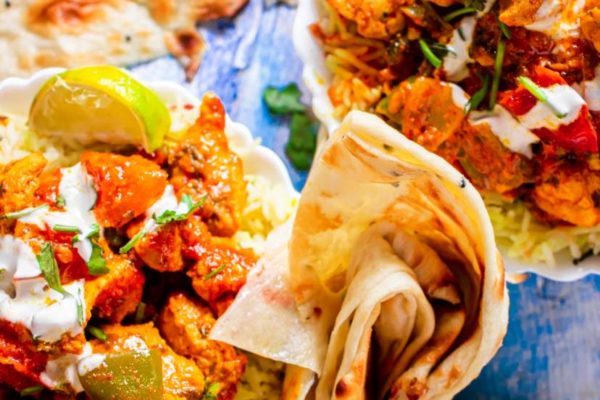 Traditionally, the word "Tikka" comes from cooking chicken over charcoal-fired tandoor or over wood. The chicken gets that smoky taste and then it is added to the gravy.

When we say, "Tikka" we mean cooking it in a tandoor or grilling it in the oven. Most of us don't have tandoor at home. But, we do have an oven or a grill pan where we can grill our chicken.

Since we are making Chicken tikka masala in an instant pot we are skipping that step. But, if you want you can take a skewer and add chicken pieces (coated in yogurt and spice paste) along with diced onions, tomatoes, and bell pepper. Grill it in your oven until it gets that charred marks or you can also grill them on your grill pan.  You can See this Grilled Teriyaki Chicken Skewers Recipe and learn how to do it.

How to Make Chicken Tikka Masala in an Instant Pot?

Garnish with Chopped Cilantro and some more cream on top. Serve it with Naan bread and some rice.

Watch the Video and Learn Faster

How to Store Leftovers

Other Chicken Recipes you can make:

If you are making this recipe, then please leave a rating below. Also, take a snap and share it on Instagram with #recipemagik. Tag me @recipemagik so that I can see how it turned out. 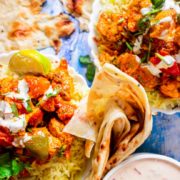 To Make the Spice Paste (or Masala Paste)

What is an Instant Pot? Instant Pot is basically a modern pressure cooker that can do so much more than just pressure cook. It has 7 different functionalities which can help you make yogurt, make porridge, you can turn it into a rice cooker, you can turn it into a slow cooker, so much more. I highly recommend that you read the instructions on the manufacturer's guide provided with the Instant Pot. Default time When you set the pressure cooker to high it will set the time by default to 30-minutes. You need to reduce that to 5-minutes. Chicken You must use boneless skinless chicken breasts to make this recipe. However, you can also use chicken thighs for this recipe. Storage You can store Chicken Tikka Masala for 3-4 days in the refrigerator, but make sure you keep it in an air-tight container. You can even freeze this for 3-months. But, make sure you thaw it in the refrigerator overnight before using it.  Bonus Tip You can also use whole spices like Cinnamon sticks, Cardamom Pods, Cloves, and Star Anise. But, in case you want to add it to your recipe, I recommend you toss it in ghee (clarified butter) until it turns aromatic and then add it to the "Masala paste". The roasted whole spices will infuse their aroma into your "Masala paste" making it all the more flavorful.