Anjali
No ratings yet
Jump to Recipe Pin Recipe
40 minutes

Coca-Cola Chicken Drumsticks is one of the best Asian chicken recipes ever. If you are looking for a juicy and tender Chicken recipe with an Asian sweet and spicy glaze then try this Cola Chicken Recipe. You should definitely include this in your weekly meal rotation.

I know what you are thinking. Chicken with Coca Cola?

Is that even possible? Well, tell me honestly, aren't you excited by the thought of making Chicken with Coca Cola?

Well, you should be, because this is one of the easiest chicken dinner recipes that should be a part of your party menu or weeknight meals...!

Coca Cola Chicken is a Tasty Chicken Recipe for Dinner that you can enjoy with your Family:

You can even make cola chicken in the slow cooker.

Imagine, serving this exciting Chicken dish to your kids once they come home from school.

They are gonna be so excited about this.

I have made coca-cola chicken drumsticks on a skillet.

You can even make this in an oven. I have included separate instructions for making this in the oven below.

To make this you'll need:

How to Make Coca Cola Chicken from Scratch?

PRO-TIPS To Make this Chicken Dish for Dinner:

What to Serve this with? 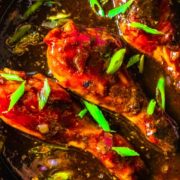 How to Make Coca Cola Chicken in Oven?