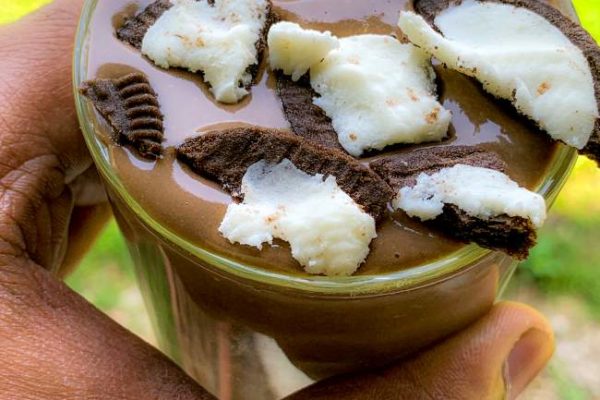 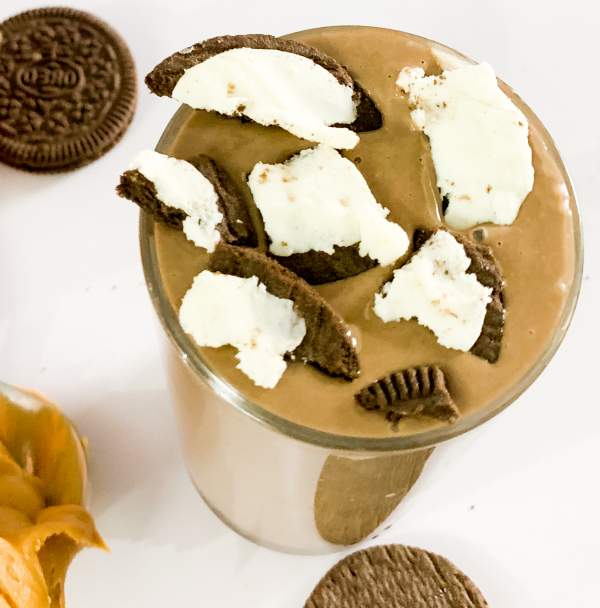 Oreo Peanut Butter Smoothie is a Chocolat-y and Velvety Smoothie recipe that is made with Vanilla Oreos, Peanut butter, Almond Milk, and some Rolled Oats. This makes for a wholesome and filling Smoothie recipe which kids will love for sure.

A QUICK VIDEO TUTORIAL FOR YOU 🙂

Do you struggle about giving a proper diet for your kids which is healthy and also yummy, so that they won't smirk off at it right away! I do.

Having kids who are picky eaters has made me experiment so many recipes in the kitchen. This is one of those experiments which turned out to be so good that I was so happy and almost relaxed that now, I know what my kids love! 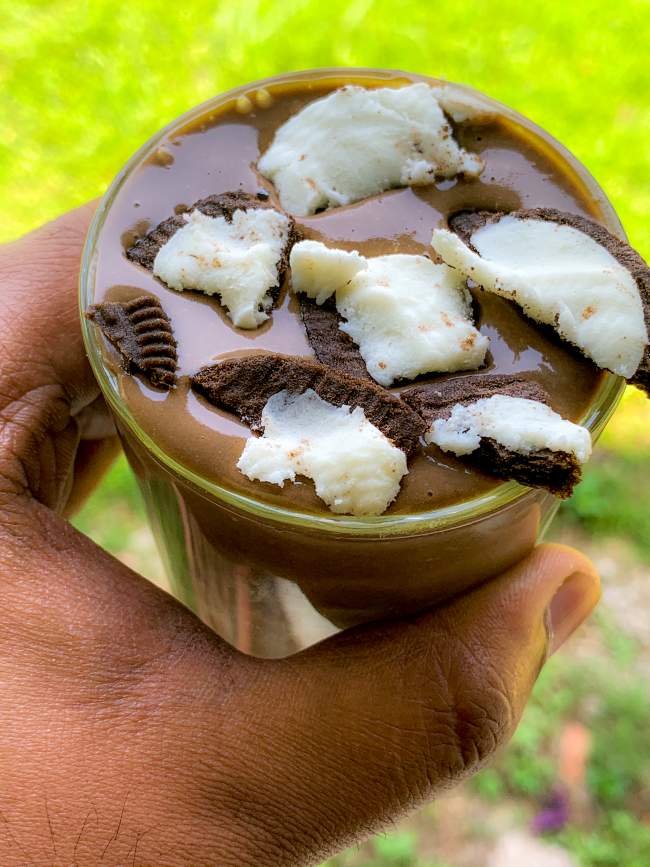 The thing with teenage Kids is that you never know what they love. Today they love something and tomorrow they grow out of it. However, Chocolate is one such thing that no one can say no to. 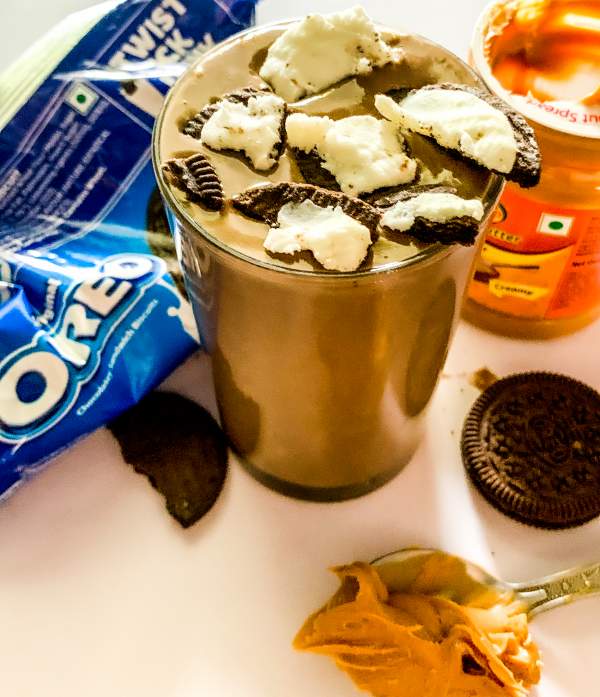 So, today, when my kids woke up in a late summer morning and they were hungry, I could only think of a smoothie with 2 of their favorite things - Oreos and Peanut Butter.

The next thing I know was, I am adding them to the blender along with some rolled Oats, which obviously I did not tell them about or they would not have had it.

Also, I added some Almond Milk to this Smoothie just to get a nice texture and also give it a nutty taste. Moreover, Almond Milk is so healthy, that you really should have your kids have it in any way possible. 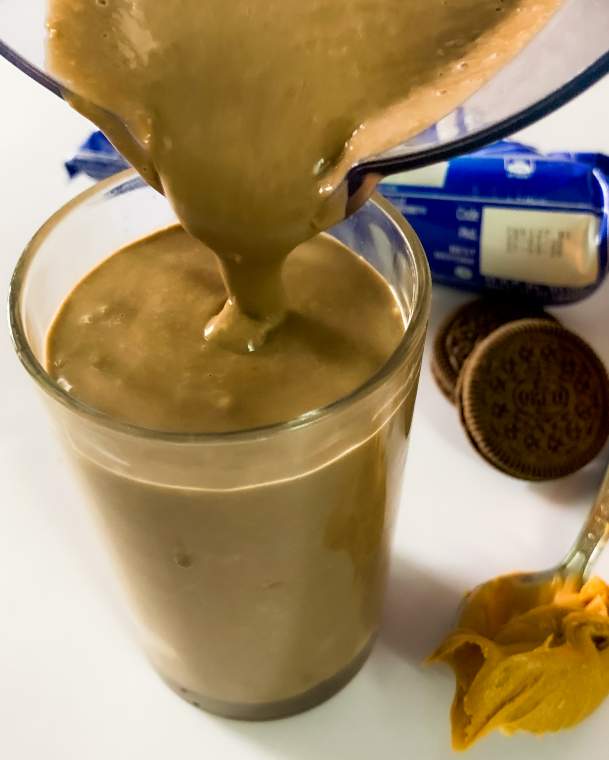 So, I blended these into a smoothie and topped them with some broken Oreo bits. 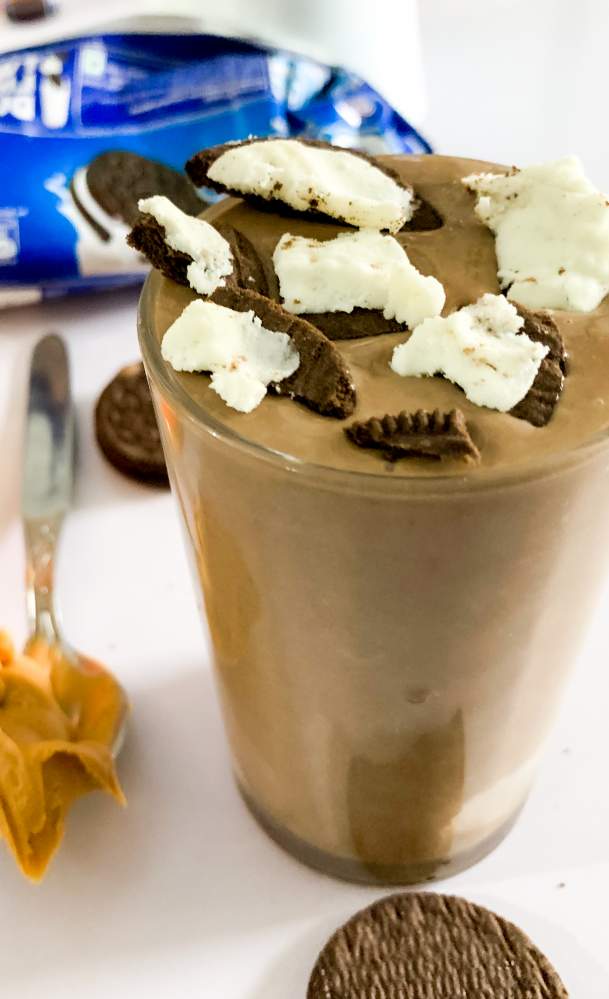 They just loved it. It was so Chocolaty that they had formed a Chocolate ring around their mouth after drinking this smoothie. 🙂 I know! It's these things which are the best part of life!

Here are the steps to this smoothie 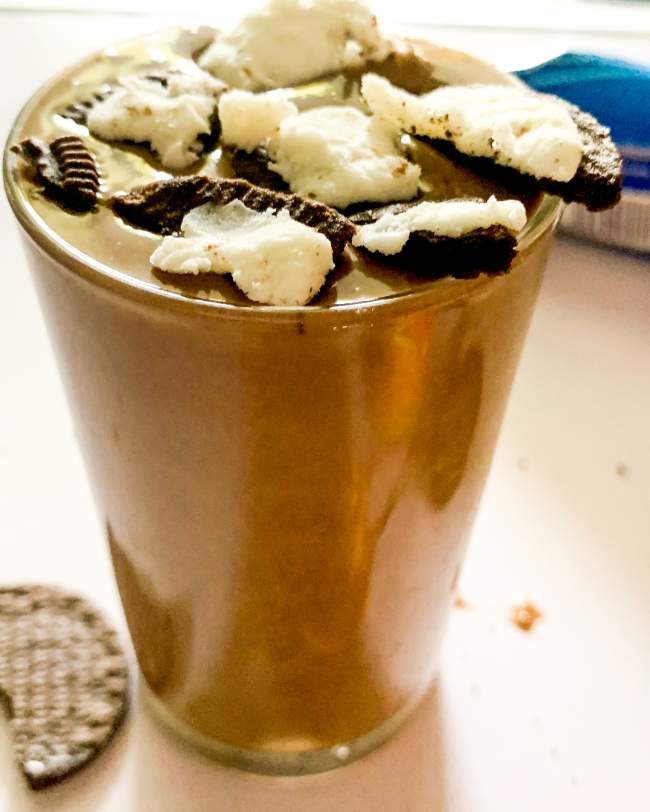 In a blender add some Vanilla Oreos, some Peanut butter, some Rolled Oats, a little bit of Vanilla extract, and some Almond Milk. Blend it all together until you get a smooth, creamy and chocolaty smoothie ready.

Pour your smoothie over some ice-cubes and top with some broken Oreo biscuits.

So, that's how you quickly make this special and exciting Oreo Peanut Butter Smoothie which everyone will love for sure. 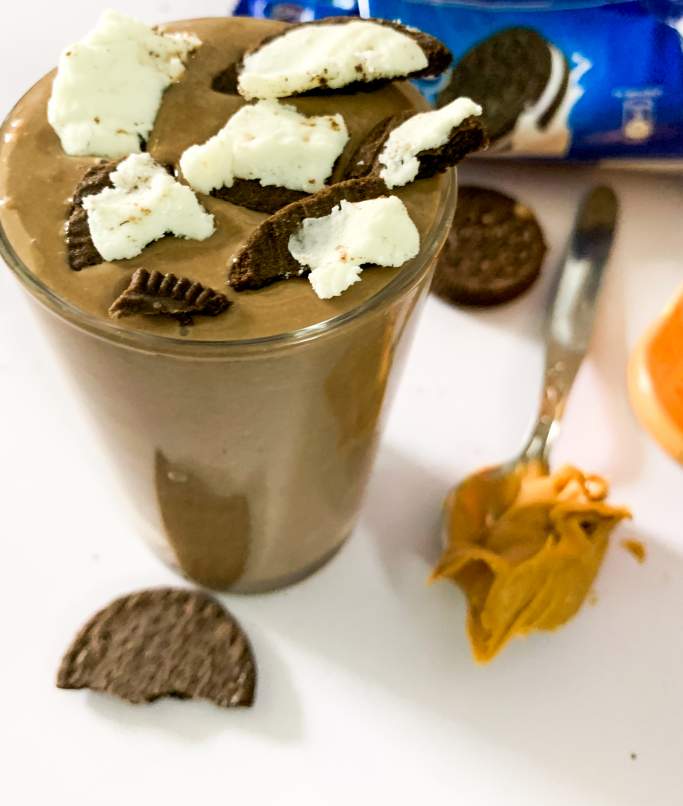 This Smoothie really feels like you are entering a Chocolate wonderland. There's the crunch of Oreos, the nutty flavor of Almond Milk, and also the Silky, Buttery, and Comforting flavor of Peanut butter in every sip of this Smoothie.

The Oats actually thickens this Smoothie and makes it even healthier and gives a wonderful texture to this chocolate smoothie. Lastly, the Vanilla just makes this feel special and gives a holiday like taste to it 🙂

How to fix a thick Smoothie?

Generally, if you've added a lot of Oreo cookies or a lot of Oats, your smoothie will thicken. Well, don't worry, Just add more of Almond Milk and it'll make it smoother and make your smoothie even creamier. 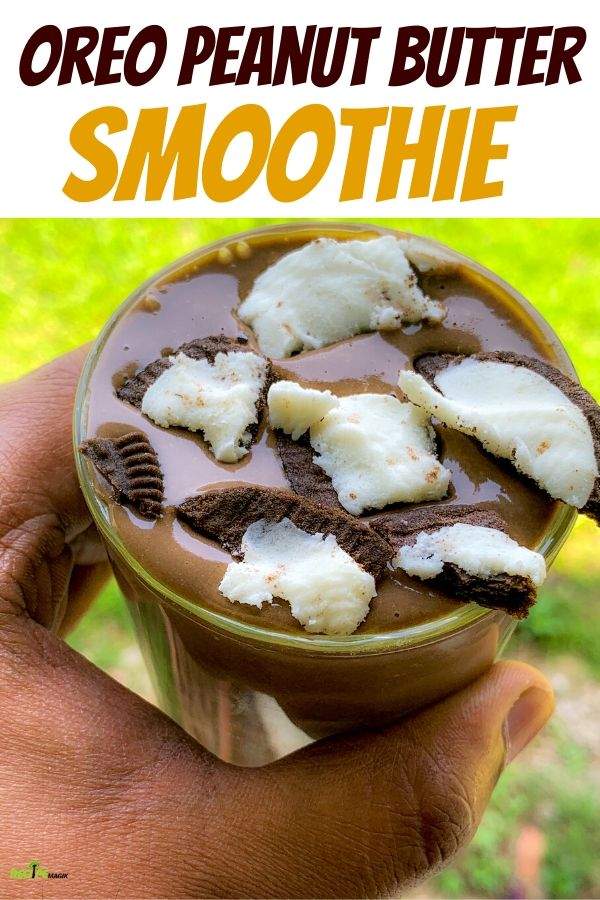 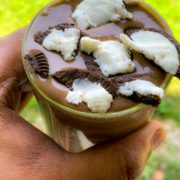 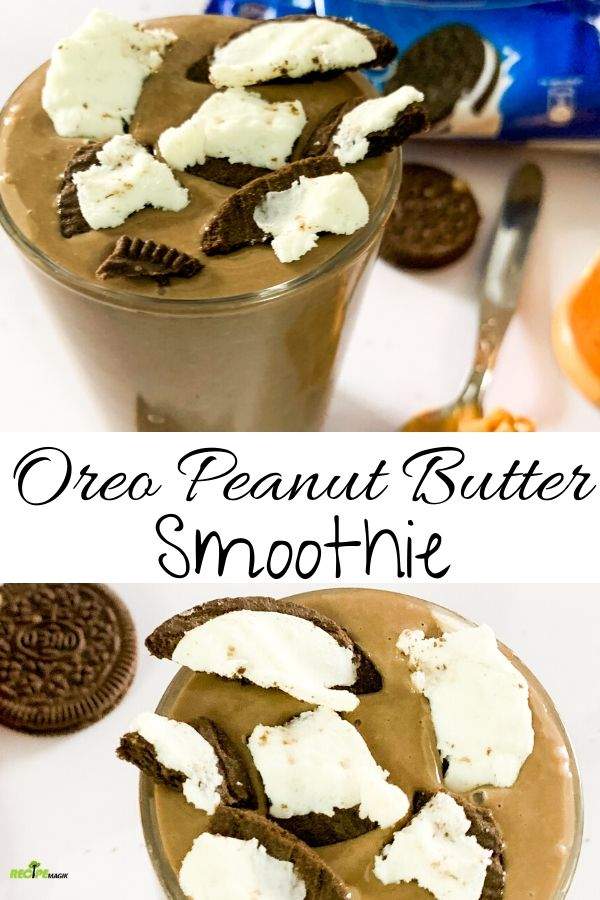